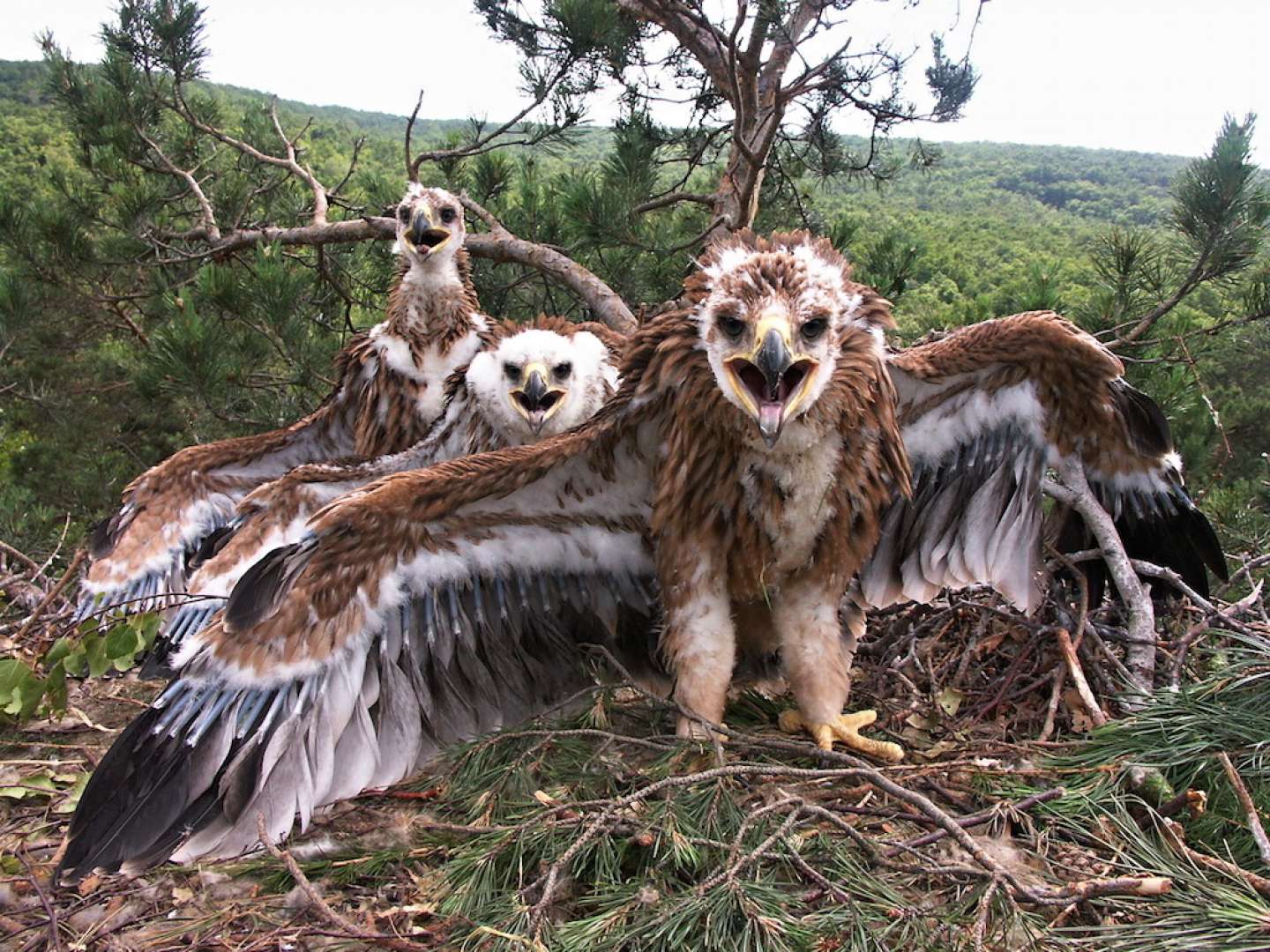 Imperial Eagle is considered to be the king of steppe habitats. Only up to 40 pairs of the Imperial Eagle are nesting in Slovakia. There are several threats that this species needs to face, therefore more conservation efforts are needed, with the monitoring as essential part of it. In 2004 and 2006 two juvenile Imperial Eagles were ringed in Slovakia among others and blood samples were taken from them for DNA analysis. The Hungarian expert have recently discovered, comparing these samples with the new samples extracted from the feathers on nests in Hungary, that these two Eagles are nesting in Hungary. This is a great news and information that the Eagles from Slovakia are now adult successfully nesting in neighbouring country. Exact location of nests is known – the nests in Hungary are located about 70 km from the birthplace of Eagles.

The project LIFE13 NAT/SK/001272 Energy in the land - power lines and conservation of priority bird species in Natura 2000 sites is implemented since September 2014 in cooperation of the following partners: Raptor Protection of Slovakia, Východoslovenská distribučná, a.s., Západoslovenská distribučná, a.s., University of Veterinary Medicine and Pharmacy in Košice, State Nature Conservancy of the Slovak Republic.

More in this category:
« MURÁŇ: Conservationists and Electric Companies solve the problem of power lines The winner of the logo design contest for the LIFE Energy project is known »
back to top