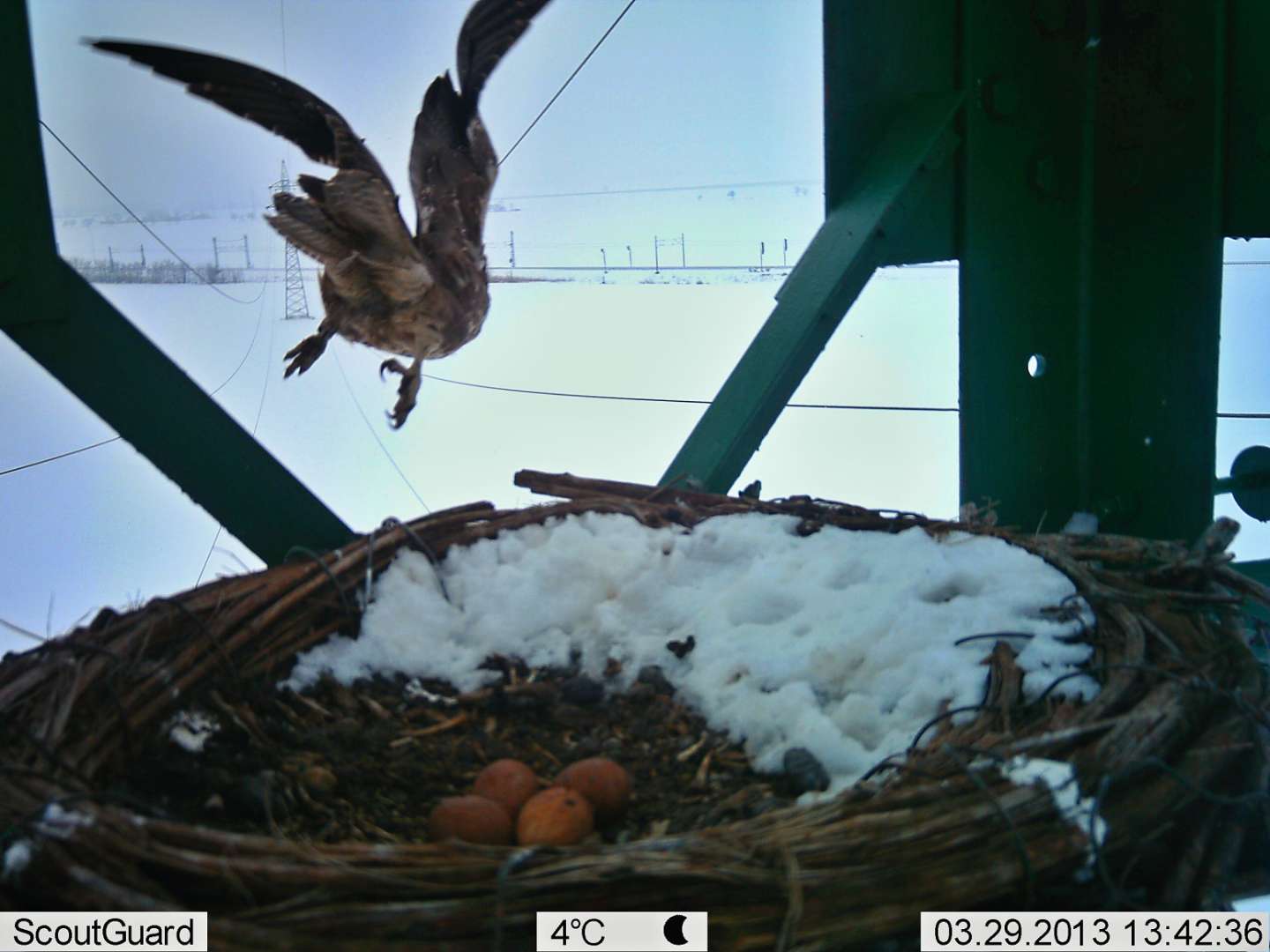 Although according to the calendar spring began two weeks ago, in Slovakia dominates cold weather in several places even snows. Such rapid changes in weather affect not only people, but especially animals. The first days of spring have for several bird species great importance, because in this period begin to nest and some others already waiting nestlings. Cold days mean more assumption of energy, especially during nesting. This may adversely affect the number of fledglings; first and foremost is this related to the most endangered species in Slovakia, such as the Saker Falcon.

In recent years caused the cold weather during the breeding season a significant reduction in the number of fledglings. For some species, such as the Saker Falcon, it meant a very negative impact on our population, which is a number less than 40 pairs for the whole territory of Slovakia very vulnerable. For example, while in 2011 and 2012 brought out Sakers together more than 230 juveniles, in the last two years, it was only 150 young falcons, whereby major impact had heavy rains and cold weather. We believe that the bad weather will not last long and we will have this year many fledglings, "said Lucia Deutschová, executive director of Raptor Protection of Slovakia (RPS).

As she adds: "the birds are impacted by unpredictable weather and many other factors, such as different barriers in a country, which tend to be often fatal to the birds. Among such barriers includes electric power lines that birds often registered too late. For this reason also occurs in Slovakia unique project LIFE Energy, in which dangerous power lines will be first identified and then on the most dangerous power lines will be installed the flight diverters “.

The project LIFE13 NAT/SK/001272 Energy in the land - power lines and conservation of priority bird species in Natura 2000 sites is implemented by Raptor Protection of Slovakia, Východoslovenská distribučná, a.s., Západoslovenská distribučná, a.s., University of Veterinary Medicine and Pharmacy in Košice and State Nature Conservancy of the Slovak Republic, with a partnership of the Ministry of Environment of the Slovak Republic.

More information about the project are available on www.lifeenergia.sk.

Email This email address is being protected from spambots. You need JavaScript enabled to view it.
More in this category:
« Famous celebrity being the face of a LIFE project in Slovakia When mapping were found lethal bait »
back to top