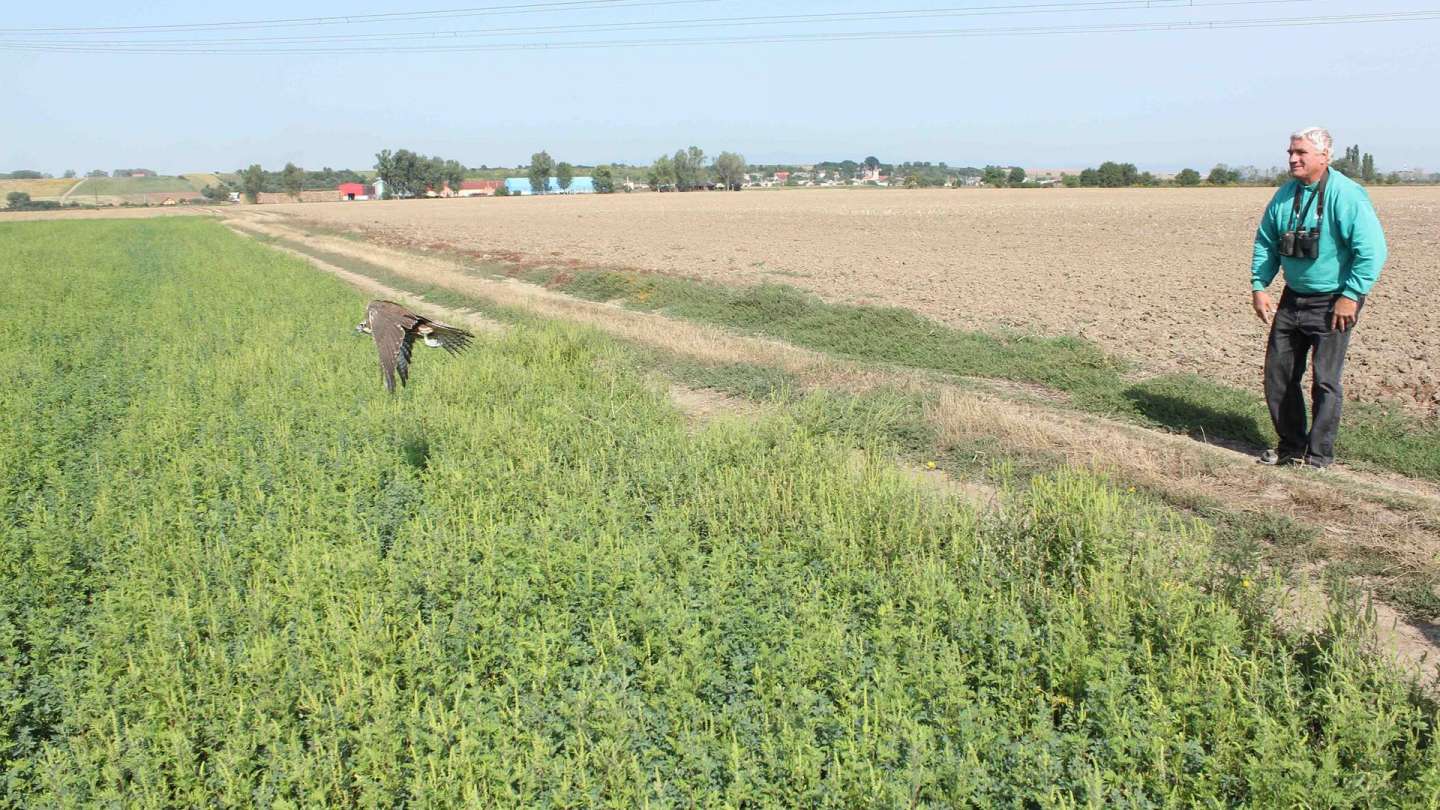 At the rehabilitation station in Rozhanovce (in department of The University of Veterinary Medicine and Pharmacy), a young saker falcon was released. The bird was found back in July and was given a second chance on Friday 25th of August, when it was released into the wild after a successful treatment of wing fracture.

Inspections of the nesting success of the saker falcon and the eastern imperial eagle continue by fledgelings checks and the results summaries.

Almost the whole month of August, the exhibition “I´m sitting on a line and I´m fine” took place in the largest room of Power Station in Piešťany, while in the side room there was an exhibition about the history of ornithology titled "Love in the Wings", curated by ornitologist Erich Kubic from Piešťany. Part of the exhibition in Piešťany was also an educational project for the public, called the Summer Bird Academy. On Saturday, August 26th, the exhibition has moved to the vestibule of the Faculty of Chemistry and Technology at STU. STU has a total number of about 10,000 students.