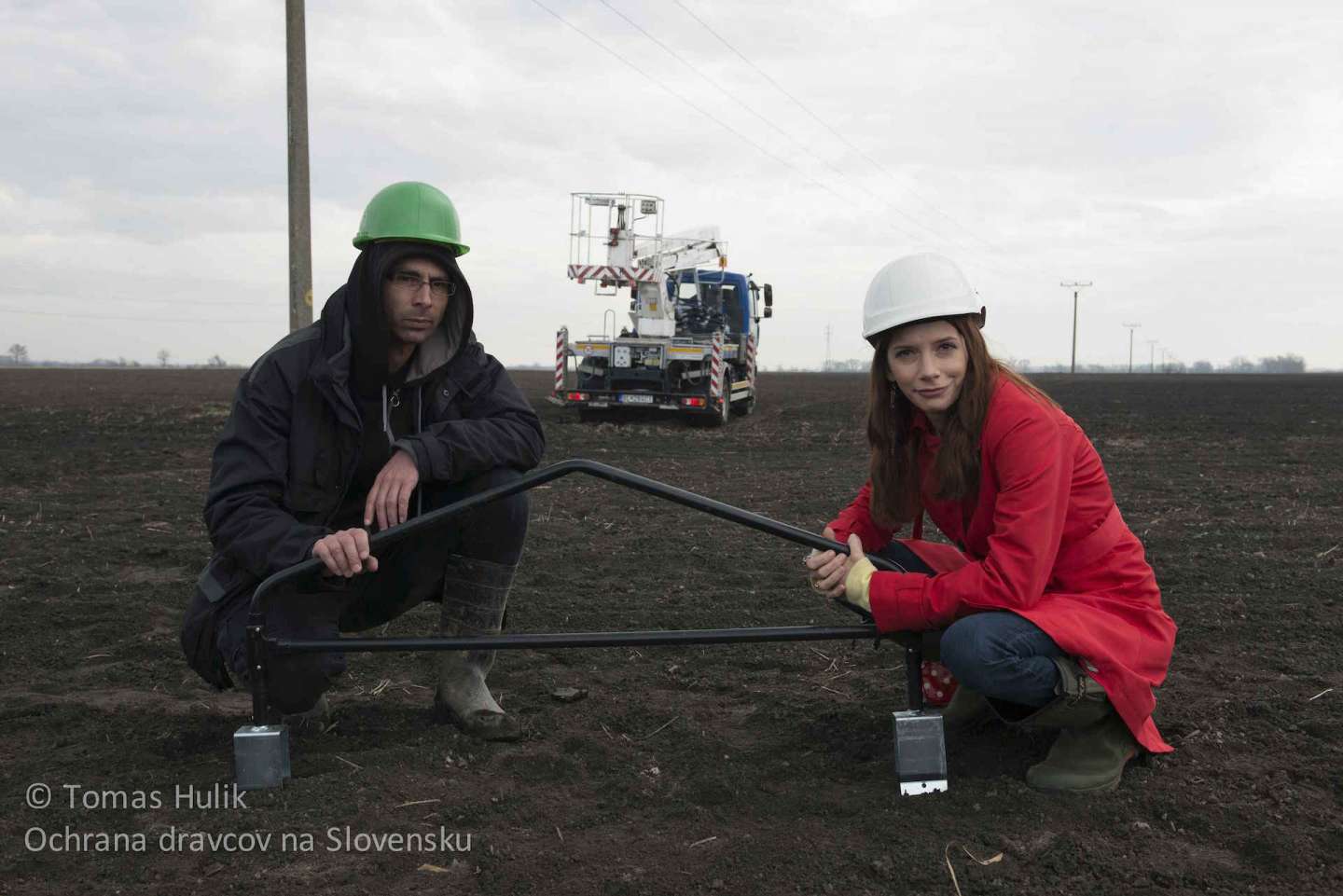 Západoslovenská distribučná, a.s. (ZPD) today introduced a new type of insulator, to be used within the western Slovakia. This is an element that is installed on the construction of columns 22 kV power lines and prevents birds abut on the dangerous structures. This prevents the electrocution of birds. In the area of Velky Meder - Zlatná na Ostrove today installed employees of ZSD 68 pieces of such barriers. The site is part of the SPA Ostrovné lúky, which is significant for a number of rare bird species such as the critically endangered Red-footed falcon.

“The activity was also supported by Dorota Nvotová, what we really appreciate. With Dorota we will continue cooperation on the project LIFE Energy, in which we prepare a short film about interesting project activities, such as help for injured birds, mapping electrical lines, or planting trees,” said Joseph Chavko, the President of Raptor Protection of Slovakia (RPS), which monitors the long-term mortality of birds and works closely with energy companies.

"Západoslovenská distribučná, a.s. has been taking care of protection of birds in different projects for long time. One of the activities that we perform in cooperation with RPS, is the insulation of dangerous power lines. So far we have done in western Slovakia insulation more than 500 km of lines (nearly 6000 columns). We also have been long-term partner in the LIFE projects. It is currently the Life Energy, in which we will install the following years bird diverters. They minimize the risk of the collisions in bad weather conditions. For ecologisation of power lines we have spent a total of almost one million euros, "said Michael Dobošová, spokeswoman of ZSD, a.s.

Email This email address is being protected from spambots. You need JavaScript enabled to view it.
More in this category:
« RPS helped students in field exercises Students from University in Nitra will donate five days to the Earth »
back to top