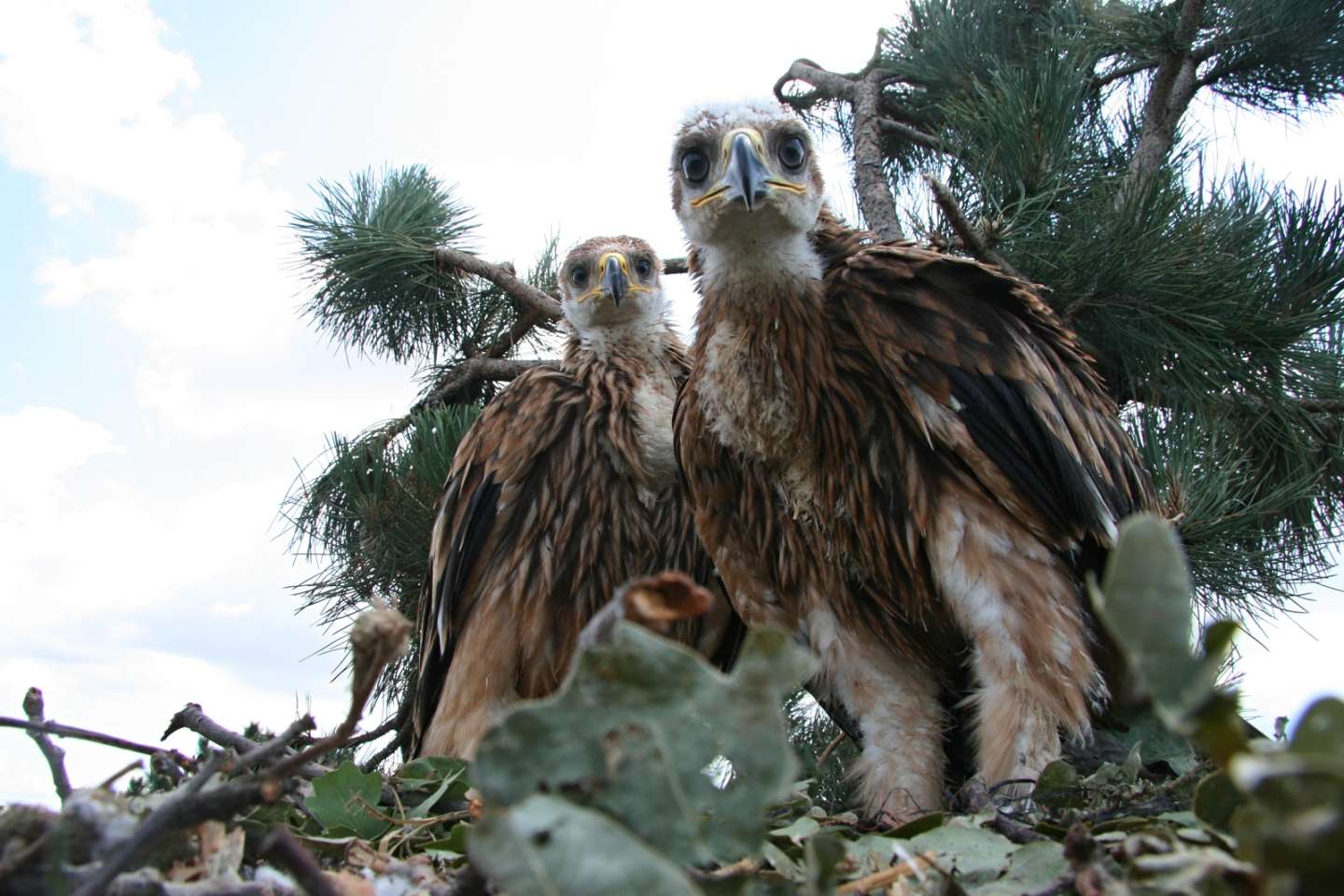 During a regular control of nests of Imperial Eagles at Nitra in the mountains Tríbeč we registered massive and aggressive exploitation of forests in the immediate surroundings of the nest. Trees were cut with roots, machines emitted an enormous noise and caused strong dust. All this could be the reason of the fact that adults have left the nests of eagles and their nestling at the age of about 60 days. For about 4-5 days we went to check nest from a distance, and after finding that the parents did not return to the nest, we fed young eagle. When really hot weather started, we decided to take away the young from the nest, "says Jozef Chavko, Chairman of RPS.

As Chavko adds: "Eagle, which we named Karol, was in our temporary custody a few days and today we put it in the nest of another pair of Imperial Eagle, where is already one nestling of the same age. It's a female, which we named Katka and we believe she will take care of her adoptive brother. In the afternoon during the control of nest we noticed that both parents are feeding both young eagles. We will continue to monitor the adoption.”

More in this category:
Abandoned nestlings seldom need human help »
back to top