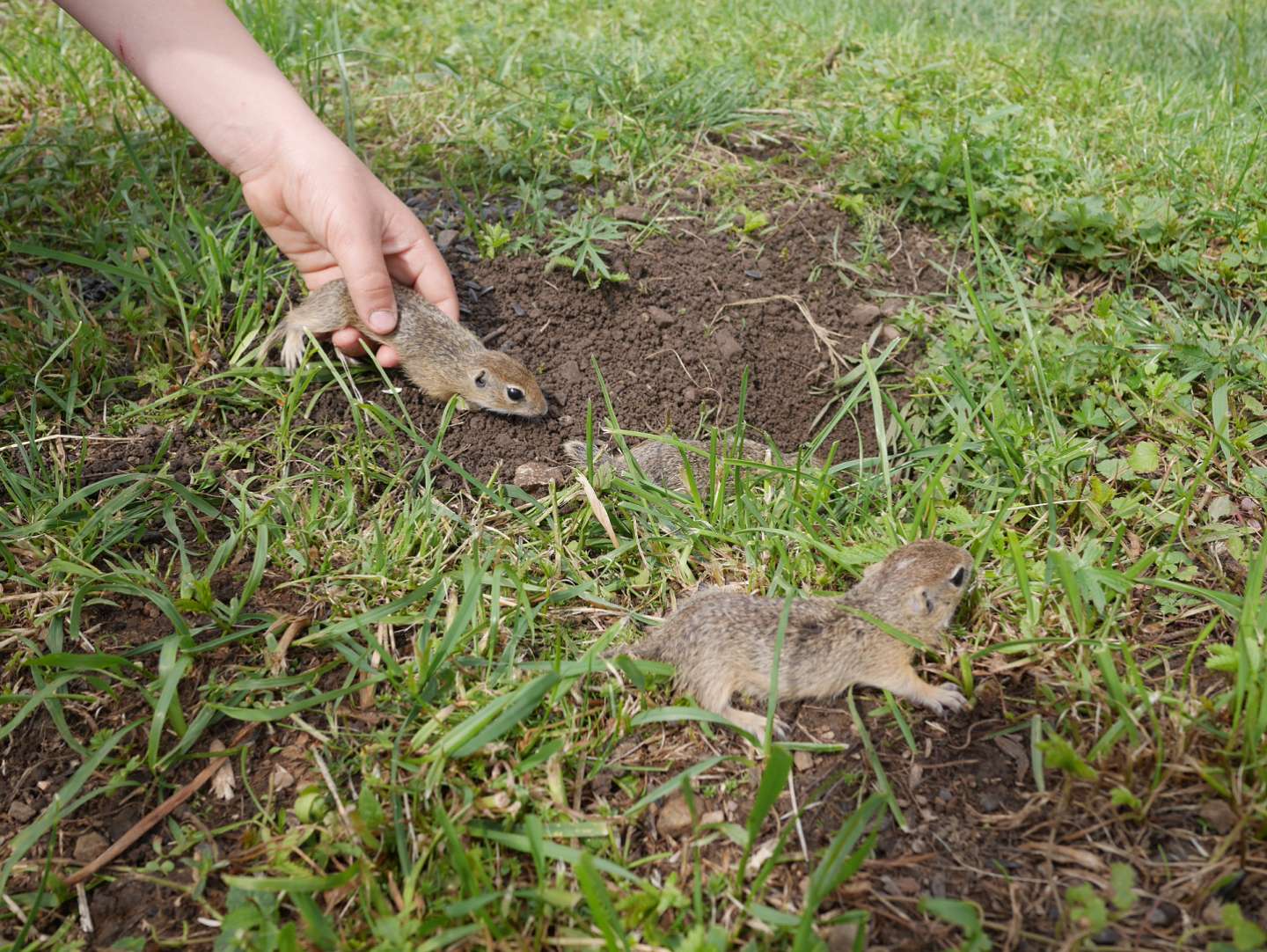 17 young European Ground Squirrels (Suslik) were found close to dead following heavy rains at Muránska planina SPA in Slovakia. More than 300 specimens live in the area which is home to the largest Suslik population in the country. The population was stabilised and managed by the LIFE06NAT/HU/000096 LIFE project focused on conservation of the Saker Falcon in Slovakia and Hungary.

“Wet and dying animals were found flooded out of the burrows. Seeing this, we almost broke into tears. We gathered the poor animals, dried them, fed them and kept them in a safe place for some time before releasing them back to the wild,” says Ervín Hapl from Raptor Protection of Slovakia.

“This case confirmed the importance of conservation measures implemented to improve the population of Suslik in Slovakia. These actions are also part of the on-going LIFE Energy project (LIFE13/NAT/SK/001272). Two sites in SPA Slovenský kras are being restored by proper management practices in order to save the local Suslik population from extinction and improve conditions to make both populations stable. In one of these two sites the Suslik population was almost extinct and the measures started just in time, “explains Lucia Deutschová, the manager of LIFE Energy project from Raptor Protection of Slovakia. The Suslik used to be a common species a long time ago but became rare after grazing and pastures began to disappear from the country. The Suslik is a very important prey for the Saker Falcon and the Imperial Eagle - both of which are endangered - and also for the Lesser-Spotted Eagle.

More information about the LIFE Energy project in English:
http://www.lifeenergia.sk/index.php/en/