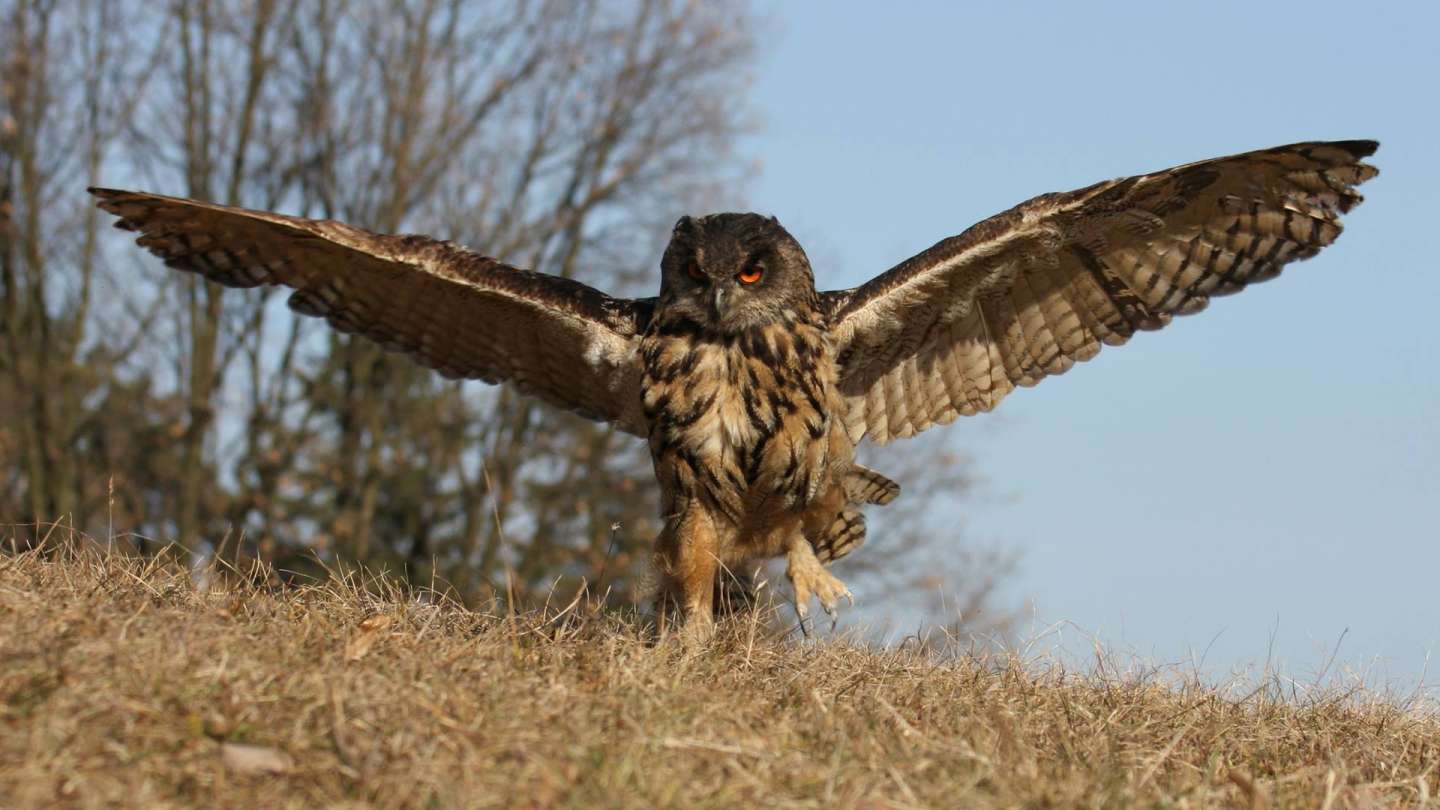 The Eurasian eagle-owls (Bubo bubo) are the largest owls living in Slovakia – their wing-span reaches 160 - 180 cm.

Their nesting locations in our country include mostly rocky ridges and cliffs. As a birds of prey they are highly useful to people, because they also feed on voles. They can become used to the closeness of people – as evidenced by their regular nesting at Devínska Kobyla, they also can be currently found at Devin Castle's reef.

Among the most serious threads for Eurasian eagle-owls belong electrocution after landing at insulators of a utility pole, or a collision into conductors of a power line. Thanks to more than 20 years of cooperation with utility companies, we manage to secure poles with suitable types of barriers which either allow safety landing or restrain landing of birds on poles.

Also thanks to the #LIFEEnergia project, Slovakia is a safer place for life of owls. In 13 SPAs - protected bird areas, visualizing markers are being installed on the risk areas of power lines, which birds notice on time and fly over it.

The oldest known individual of bird species in our wildlife, is a Golden Eagle - it has lived up to 32 years. As for the owls, it was our largest owl, Eurasian eagle-owls, who lived the longest. (27 years).