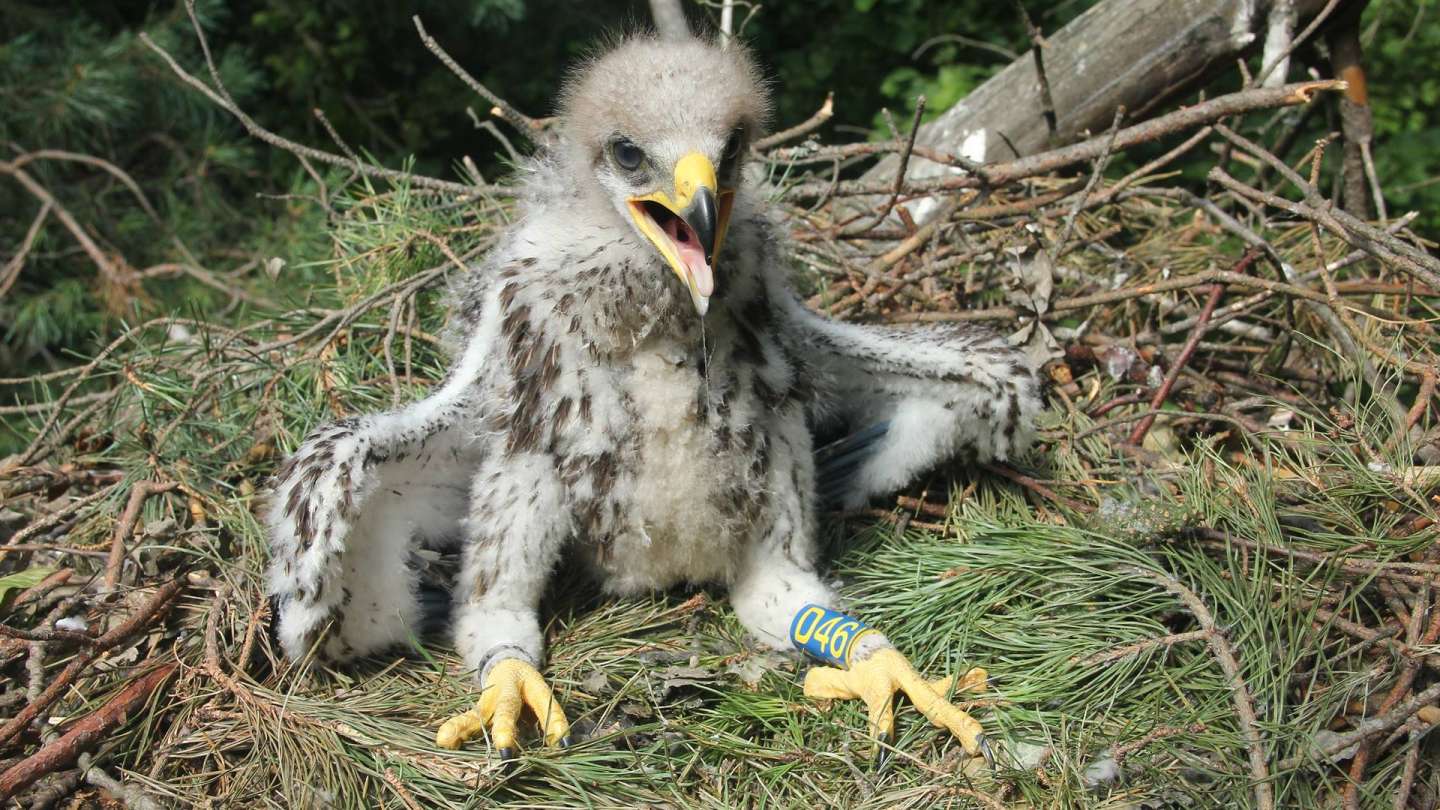 History
Origins of bird ringing reach back to the 18th century. First such tagged birds were swallows, when ornithologists tried to prove that they migrate South, with the help of a piece of twine. Foundations of systematic ringing were laid a hudred years ago by Hans Christian Cornelius Mortensen, who started to tag starlings nesting in his nest boxes. He wanted to find out, whether they keep coming back.

Importance
Ringing is an expert research method, formerly targeted on identification of bird migration routes. Nowadays, we are able to read various data from the ring, how long does the migration take, where do birds stop for rest and feed, how old they are, where exactly do they come from, or which territories are important for their life. In connection with a climate change, ringing confirmed changes in migration routes of some bird species. In Slovakia, thanks to ring reading we were able to confirm nesting of females of peregrine falcon as well as red-footed falcon, which hatched in Hungary. Also presence of many other species from different countries was demonstrated. Systematic data collection and evaluation via ringing is a very important method for identification of specific needs and preferences of bird species. Thanks to this valuable data from tagged individuals, we are able to set up actions which can help the whole population.

Process
There are currently about 80 certified ringers In Slovakia, 50 of them are still active. In our country, approximately 60 000 birds are ringed annually. About 150 out of 360 species living in this area were successfully ringed – populations of some species are very small, while others only appear rarely or it is difficult to capture them.
During a bird ringing operation, the bird is being held by its body and a leg. The ring is attached to the bird's leg so that a ring number is clearly visible, when the bird is standing. We try to minimize the influence of people during the ringing process. When birds are captured into nets, we do check them often to ensure, that they are released back to the wild as soon as possible. Every candidate for a ringer have to pass difficult exams. The bigger species (e.g. storks, raptors, owls) are usually ringed as young birds while still at the nest. Gained data (variety, age, sex, date and location) are kept in ornithologist database, each ring has its unique number.

Stories
Red-footed falcon: In the year 2016 we tagged 16 fledgelings. Thanks to rings, a return of 4 young falcons (3 females and 1 male) to their original location was confirmed. It was the very first verified case of return in Slovakia. Regarding to high mortality of nestlings, this was a unique instance.

Collared flycatcher: on 12th of June 2009, a nestling was tagged in a nest box in Vtáčnik mountains. Although this bird variety is smaller than sparrow and it migrates to Africa, this individual lived up at least 8 years. It was learned after the bird was controlled on 9th of May 2016 in a nest box as a „nesting female“, some 300 metres from the place it had hatched.

Wood sandpiper: on 8th of August 2006, a wood sandpiper with a Swedish ring was captured. It was tagged in a banding station in Ottenby only 5 days earlier (3.8.), almost 900 kilometres away from there.

Common kestrel: on 13th of November 2001, a common kestrel was found in West Sahara (Ak Dakhla), ringed as a young bird just 4 months earlier in Sweden. It earned some well deserved respect for making up a distance of 4 688 kilometres.

View the embedded image gallery online at:
https://www.lifeenergia.sk/en/news/item/800-bird-academy-presents-bird-ringing.html#sigProIdea929ad226
Tweet
More in this category:
« Bird Academy presents - adoptions Endangered saker falcon was released into the wild after successful treatment »
back to top