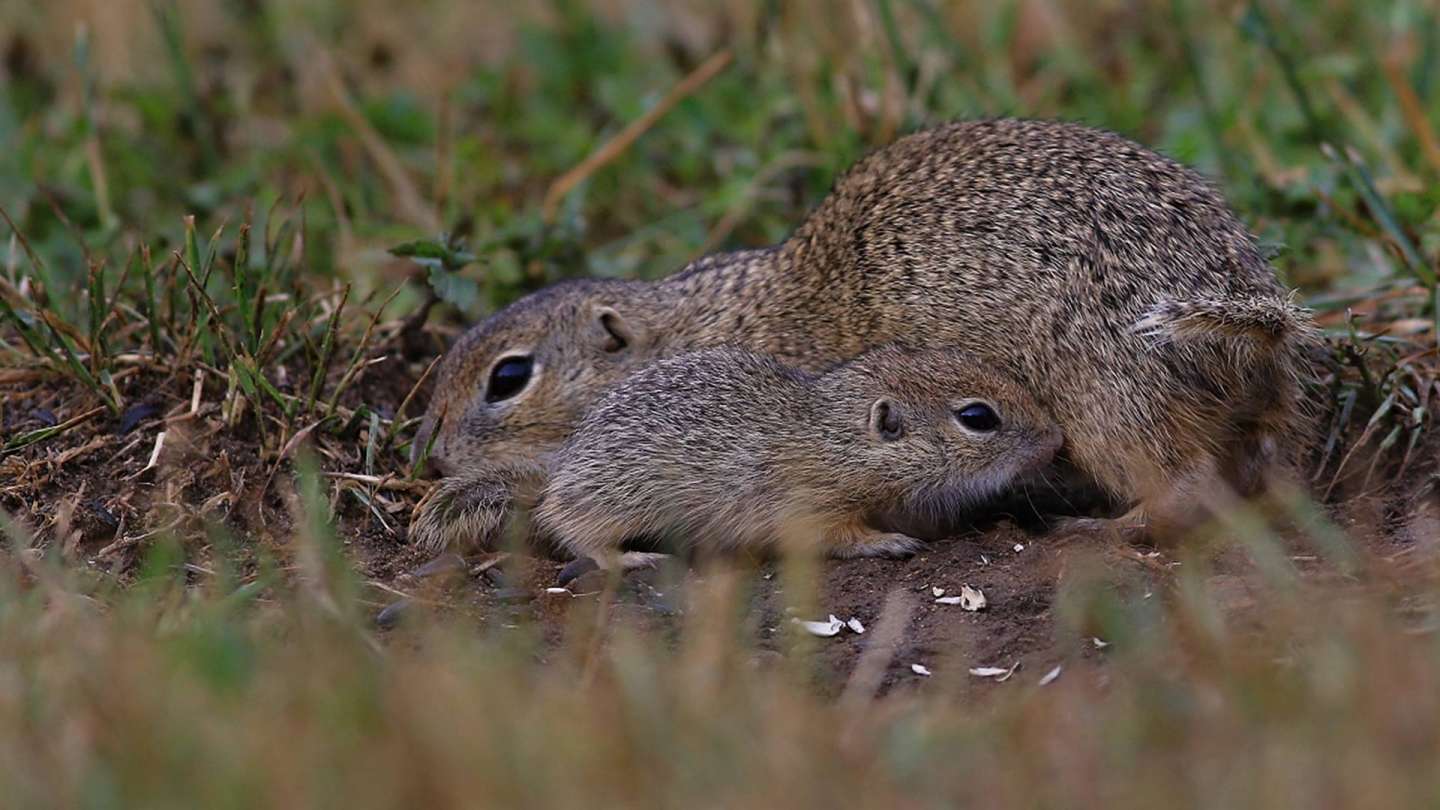 The European ground squirrel (Spermophilus citellus) is doing well in two restored localities in the Slovak Karst (Gemerská Hôrka and Hrhov). Winter survived about 330 individuals, which is considered to be a great success with their high mortality during hibernation. In the areas that were cleaned from the bushes and trees within LIFE Energy project expand sousliks. We are currently watching young sousliks learning how to walk and eat separately.

"We first observed the juvenile of souslik at the end of May at the Biele vody site in the Muráň area. Recently young sousliks were also seen in Hrhov, later on in Gemerská Hôrka. Everywhere, the situation seems to be very good. As part of the project, we have fed these nice rodents after winter sleep, and females were also supported during pregnancy. They prefere to eat sunflower, oats and apples, "says Ervín Hapl from Raptor Protection of Slovakia.

"Young sousliks are now learning to walk and eat alone. The rain that has so far occurred in the area has not influenced them negatively, as it did in 2016. At that time the puppies appeared much earlier - already in mid-May. The current season is delayed by more than two weeks due to cold spring weather, "explains Hapl.

Sousliks used to be a significant part of raptor food, such as for the Saker Falcon, the Eastern Imperial Eagle and the Lesser Spotted Eagle, which are the focus of the project LIFE Energia. Sousliks are a social species; when one notices danger, it warns others by whistling. They live in locations that are regularly cut or grazed.

Email This email address is being protected from spambots. You need JavaScript enabled to view it.
More in this category:
« The largest Slovak-Czech NGO festival - lectures and excursions in Nitra and its surroundings Have you found a young owl or a falcon? By taking them away you can do more harm then to help them »
back to top