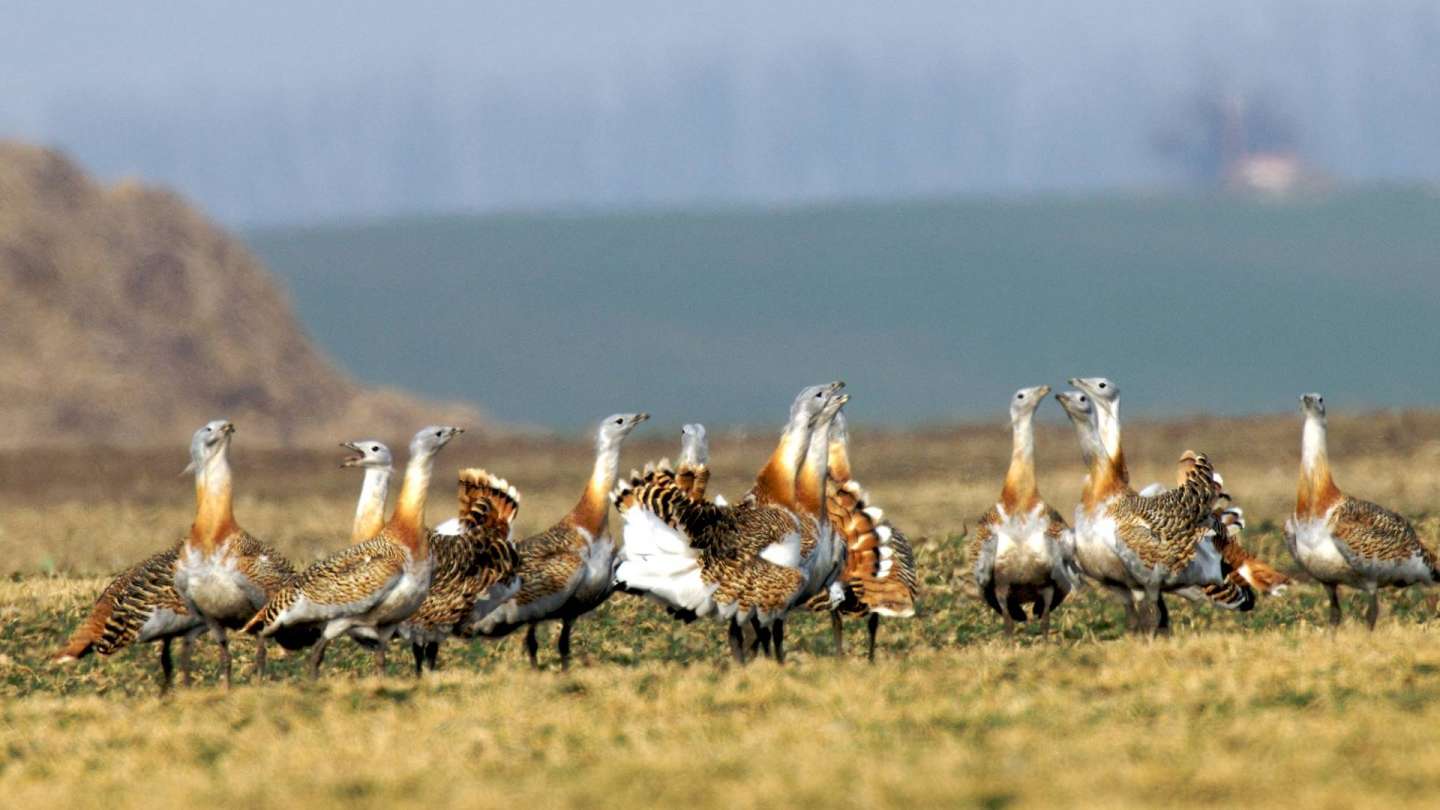 On the side of VSD and ZSD, installation of flight diverters on three sections of 22 kV lines - Adamov, Kokšov-Bakša, Horovce was realized.

All power lines treated by flight diverters are regularly controlled by monitoring of the effectiveness in terms of the D1 activity manual, findings are updated in the database. During the monitoring of project sites, several safe flight over the electric lines with FireFly were shooting by camera.

There is also a controll on the suslik sites - the season looks very promising, the numbers will be known soon.

Preliminary research into the possibilities of public surveys to verify the real added value of the educational and promotional activities of the project to the public in the final year of implementation.

In April, we published one Press Release focused on the Great Bustard that occur on the site where the flight diverters are installed. We recorded 15 media outputs - 13 in online form, 2 in printed form, one of which was also in English. We've updated Facebook regularly.
Upgrading and enlarging the photo archive, indexing photos, transferring to Flickr - E4.