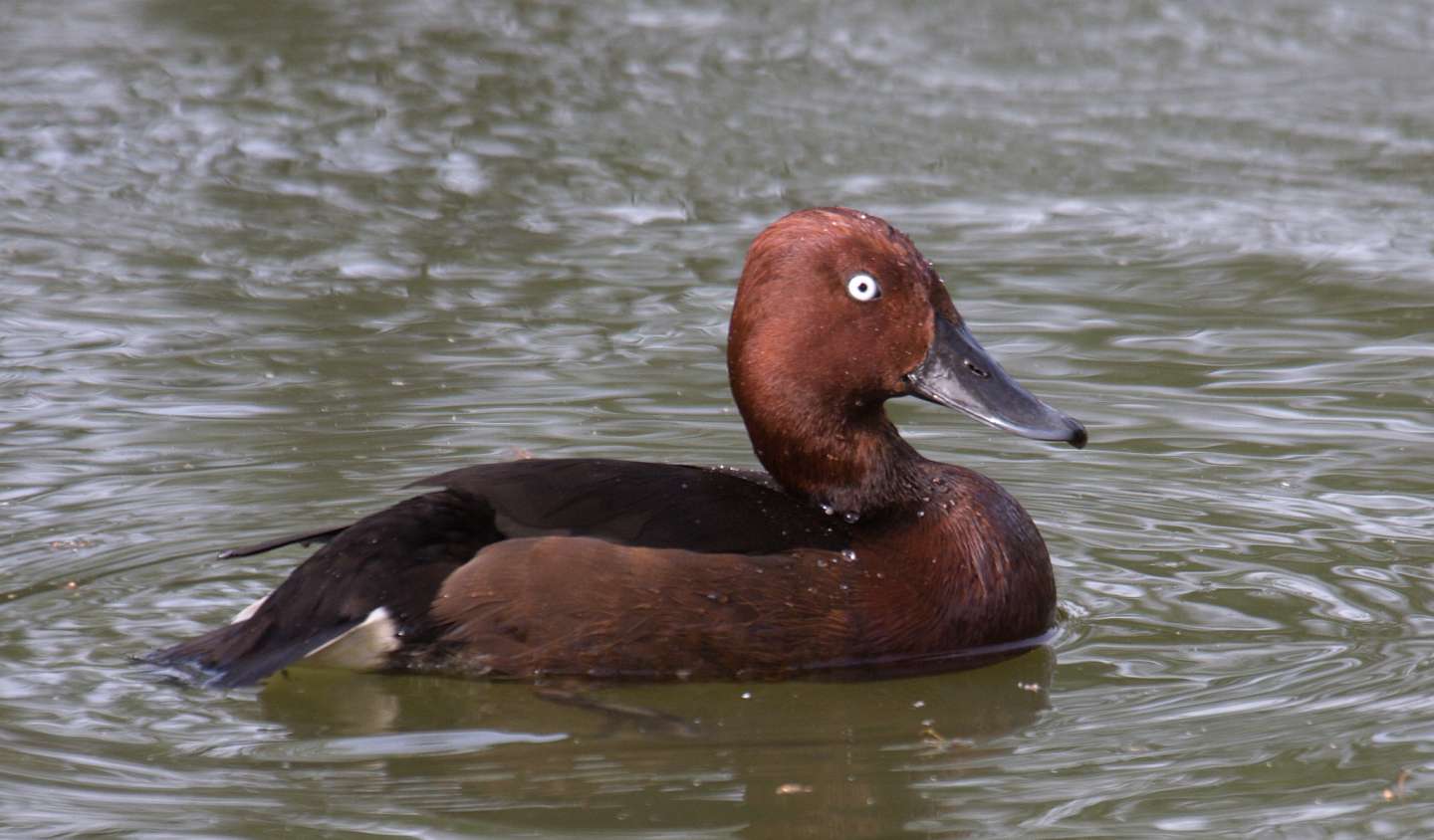 The Ferruginous Duck is a little studied, partial migrant, widely distributed in Europe, Asia and Africa. The species is regularly recorded in 77 countries and in at least 22 other as a vagrant. It breeds in at least 45 countries. It is listed as Near Threatened by the IUCN because its global population has declined markedly over recent decades (BirdLife International 2000, IUCN 2004) through change/drought, and over-hunting. The principal known threats to the Ferrugionus Duck are habitat loss and degradation, climate changes of habitat. The Ferrugionus Duck requires wetlands and is very sensitive to changes of habitat. Only a small number of pairs breed in Slovakia (5 – 20 breeding pairs). The species can be observed in Slovakia in higher numbers (up to 20 individuals) especially during spring migration, this period of the year is very important for the species and it is necessary to take measures for its conservation.

View the embedded image gallery online at:
https://www.lifeenergia.sk/en/component/k2/item/466-aythya-nyroca.html#sigProId85008853c6
More in this category:
« Lesser Spotted Eagle Great Bittern »
back to top