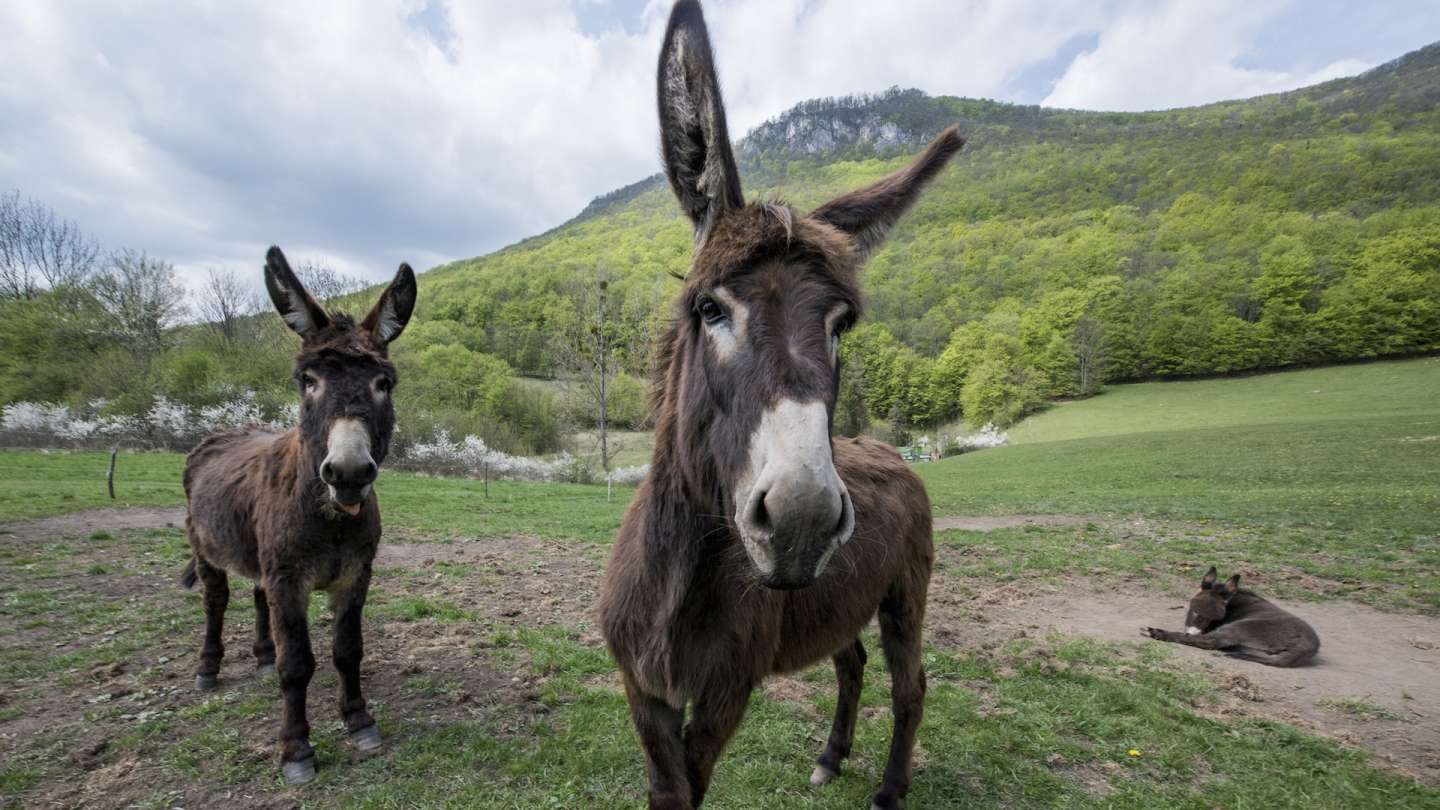 European ground squirrel is among people very popular and very useful in nature. He lives in colonies. In the past, farmers were considered him a pest and its colonies consisted of several thousand individuals. Today farmers support suslik´s return on their pasture. Suslik is unfortunately in our nature (but also in other EU countries) very rare. It is an important source of feed for many species of animals, which include the Imperial Eagle and Saker Falcon.

It occurs in areas that are mowed regularly (e.g. airports), or grazed.The photos are from the site of Muran, where suslik population has managed to stabilize so that it serves as a so-called "resource locality" - namely that the part of suslik´s population may be transferred to another site to strengthen the population. Regularly mown or grazed grassland are called "managed localities" so with a bit of exaggeration, we can call these lovely donkeys managers :)

Email This email address is being protected from spambots. You need JavaScript enabled to view it.
More in this category:
« Monitoring of electric power lines Presentation installation of bird protection measures on 110 kV power lines by drone »
back to top