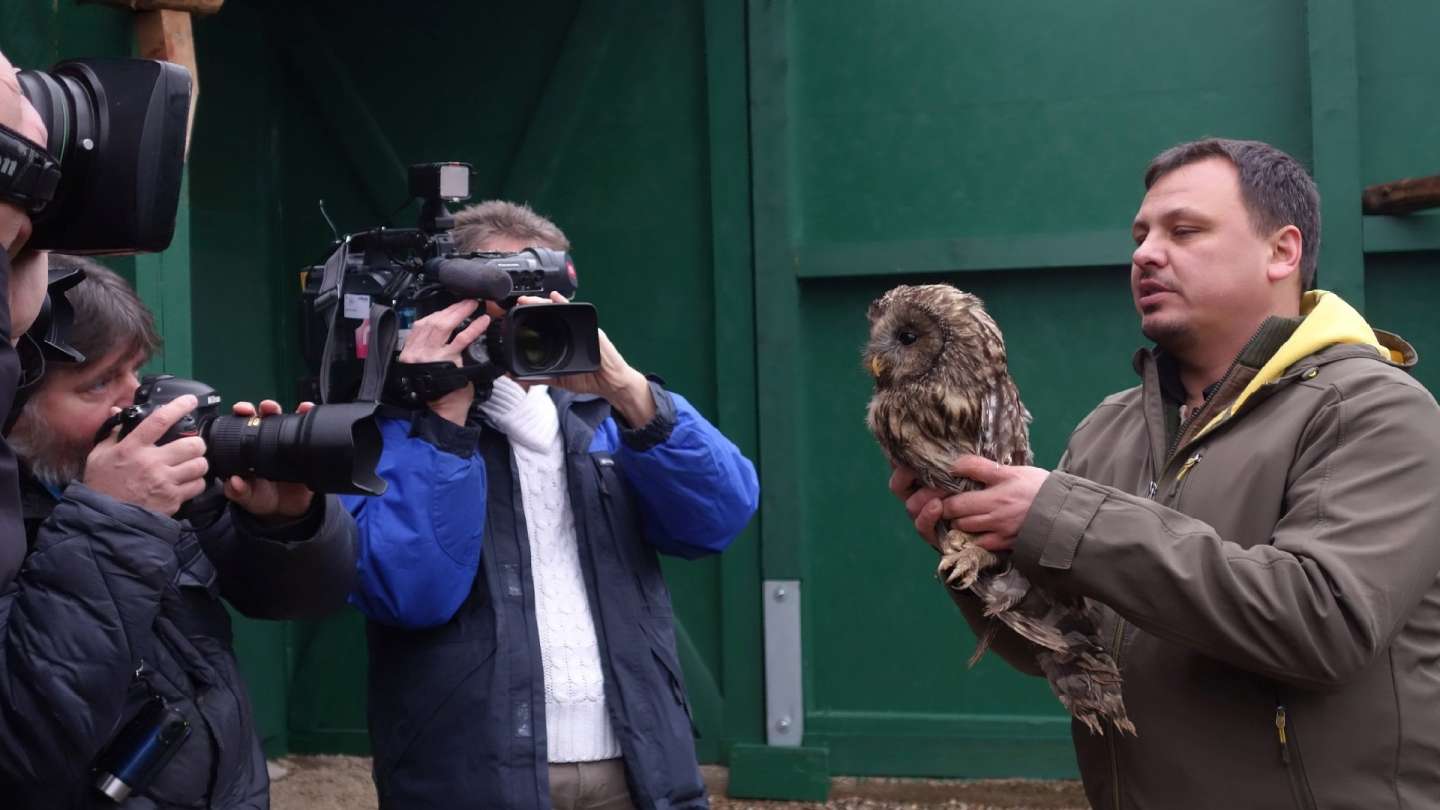 • Monitoring of 22 kV and 110 kV lines continued, we involved 38 mappers in December. We created new database especially for the purpose of the project – C1.
• We have installed 10 artificial nests and 16 aluminum nests in the east Slovakia (Východoslovenská rovina and Košická kotlina), 15 aluminum nests and 10 artificial nests in western Slovakia (in Záhorské Pomoravie). In the project area is therefore located 31 aluminum nests and 20 artificial nests – C3.
• Rehabilitation station of the University of Veterinary Medicine and Pharmacy in Rozhanovce was finished and is already used for injured animals. SNC purchased the equipment for two stations – C4.
• Four information boards were installed at workplaces State Nature Conservancy – E2.
• A press conference was held during the opening of the Rehabilitation Centre in Rozhanovce. It was attended by many journalists (RTVS, Markiza, TA3, TASR, Nový čas), employees of the University of Veterinary Medicine and Pharmacy and the State Nature Conservancy. We recorded eight media outputs, including two in the printed version, two in the online version, three outputs in radio and one in TV– E4.

Email This email address is being protected from spambots. You need JavaScript enabled to view it.
More in this category:
« Project results covering the period from 1st September 2014 to 31st March 2015 Project results - January 2016 »
back to top