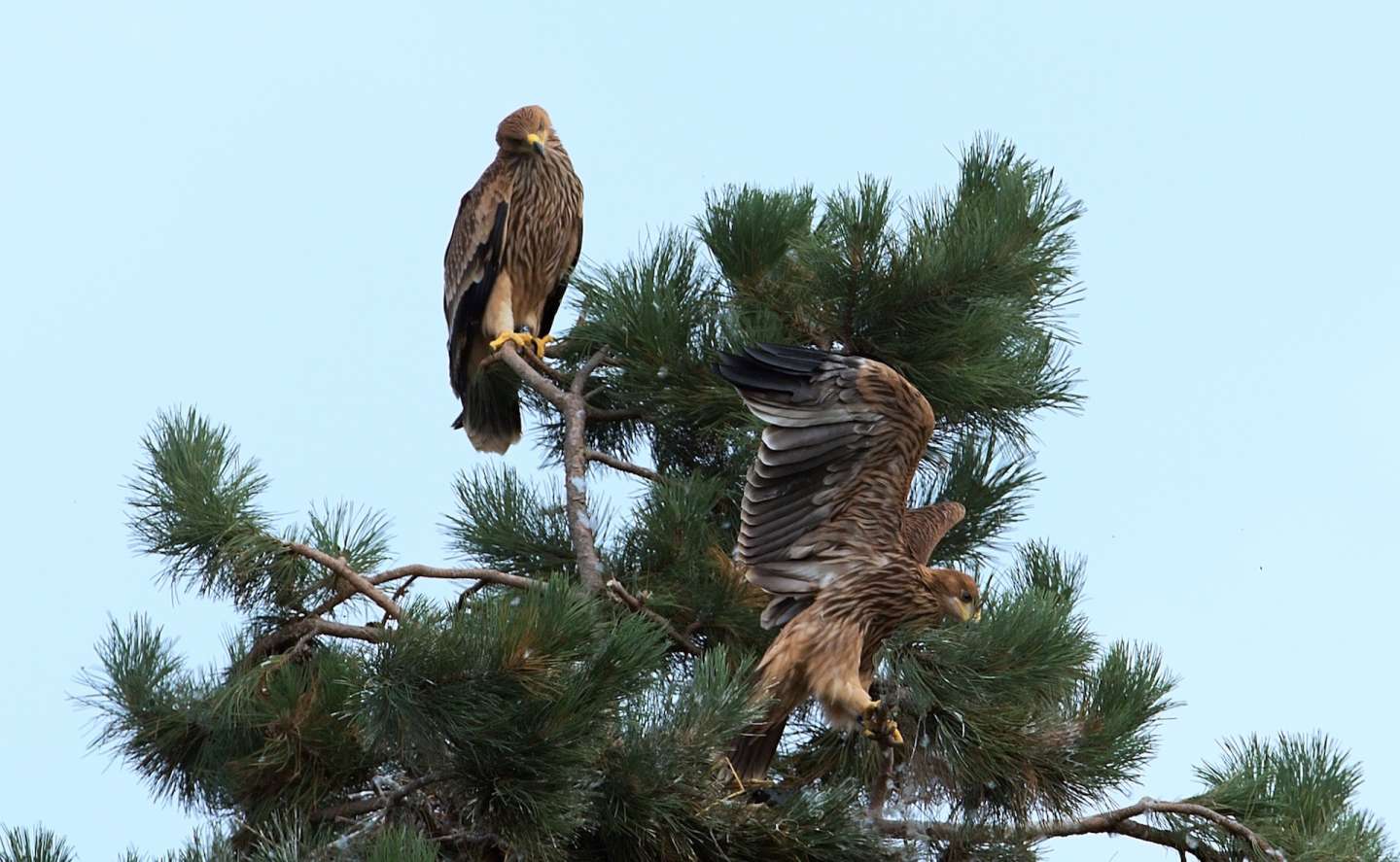 Rare adoption of nestling of Imperial Eagle was successful. Eagle, which we named Karol, flied out of nest at the beginning of August. With the adoptive sister Katka fly near nest and adoptive parents teach them, how to find prey.

Karol was found during a regular control of nests of Imperial Eagles at Nitra in the mountains Tríbeč. Experts from Raptor Protection of Slovakia registered massive and aggressive exploitation of forests in the immediate surroundings of the nest. Trees were cut with roots, machines emitted an enormous noise and caused strong dust. All this could be the reason of the fact that adults have left the nests of eagles and their nestling at the age of about 60 days. Later on was in our temporary custody for few days, then we put it in the nest of another pair of Imperial Eagle, where was already one nestling of the same age.

Email This email address is being protected from spambots. You need JavaScript enabled to view it.
More in this category:
« Slovak solution of global importance was demonstrated near Lemešany European Commission informs about innovative installation bird flight diverters »
back to top