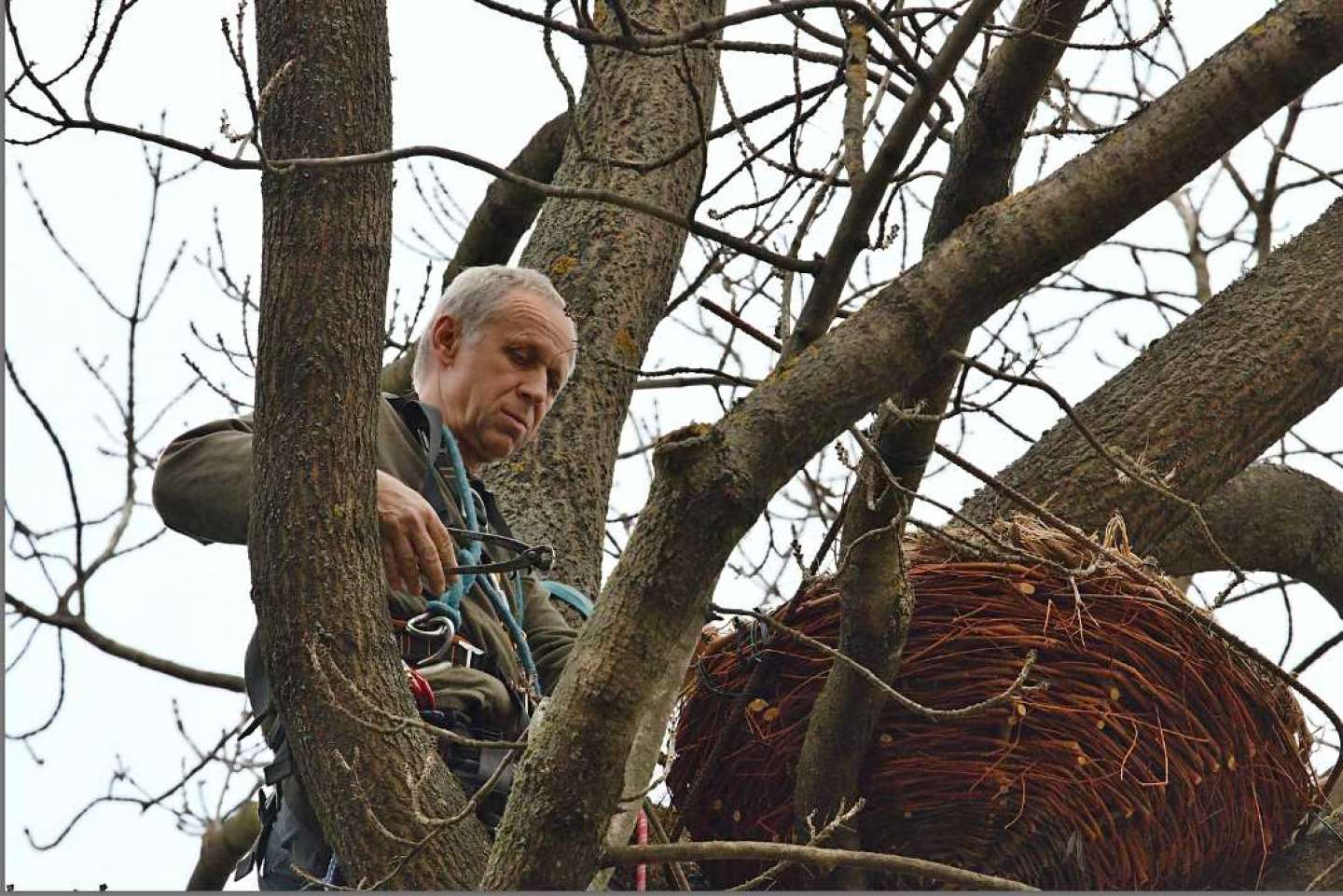 While the Imperial Eagles and Saker Falcons winter, we work to improve the breeding conditions.

Imperial Eagle is very shy bird and their nests are set high in the trees, hidden before your eyes. That is the reasons, however, that the nests are usually thrown by the wind. In the project LIFE Energy we have been installing suitable specially adapted artificial nests (40 pcs), which look like an eagle's nest. We place them in nesting territories and believe that Eagles will use them already this season.

Saker Falcon, like all falcons do not build their own nests and use the nests of other species. The population of Saker Falcon in Slovakia almost extinct in the 90s of the last century. Today is dependent on our help during the breeding season. Therefore we install in the project 55 aluminum boxes on poles where the falcons nest.

The images are from the installation of the artificial nest s in SPA Záhorské Pomoravie.

Email This email address is being protected from spambots. You need JavaScript enabled to view it.
More in this category:
« LIFE Energy information boards were installed Ornithologists in Europe continued in the monitoring of raptors »
back to top