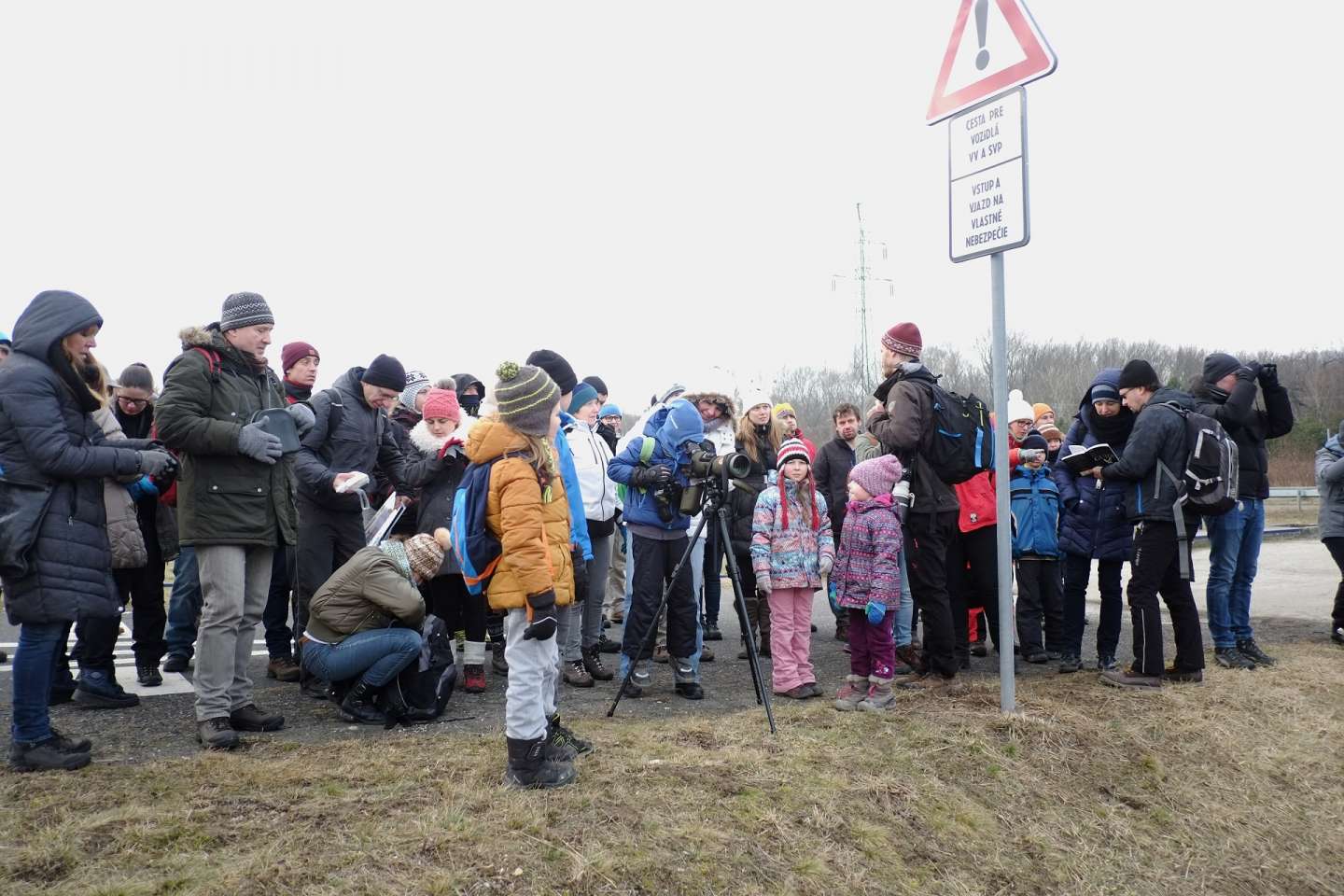 Love takes many forms. On Saturday 11.02.2017, up to two hundred nature lovers joined in excursion prepared by Raptor Protection of Slovakia in cooperation with ZSE. This event took place at Hrušovská dam on the Danube River, where White-tailed Eagles, the biggest raptors of Slovakia, stay in large numbers during the winter season. Excursion participants were lucky to see seven of them as well as several species of wild duck and goose, cormorants, and egrets. Hrušovská dam is currently the place of the highest concentration of water birds in Slovakia. It is situated in SPA Dunajské luhy. At present, The LIFE Energy Project is carried out in this area.

“ZSE invests in heightening the security of electric wires on a long-term basis. The Dunajské luhy area is one of those territories within The LIFE Energy Project where Západoslovenská distribučná, a.s. installs special diverters to increase visibility of electric wires to avoid collisions with flying birds. We prepare excursions for public to strengthen the awareness of bird and biodiversity protection. It is a very important step in preserving the nesting and feeding sites threatened by illegal human activities. Public education represents significant means of resolving this challenge,” says Lucia Deutschová.

Email This email address is being protected from spambots. You need JavaScript enabled to view it.
More in this category:
« The Birds of Prey Census Results Assist in Bird Protection Our (Life) Energy in Ingolstadt - Germany »
back to top