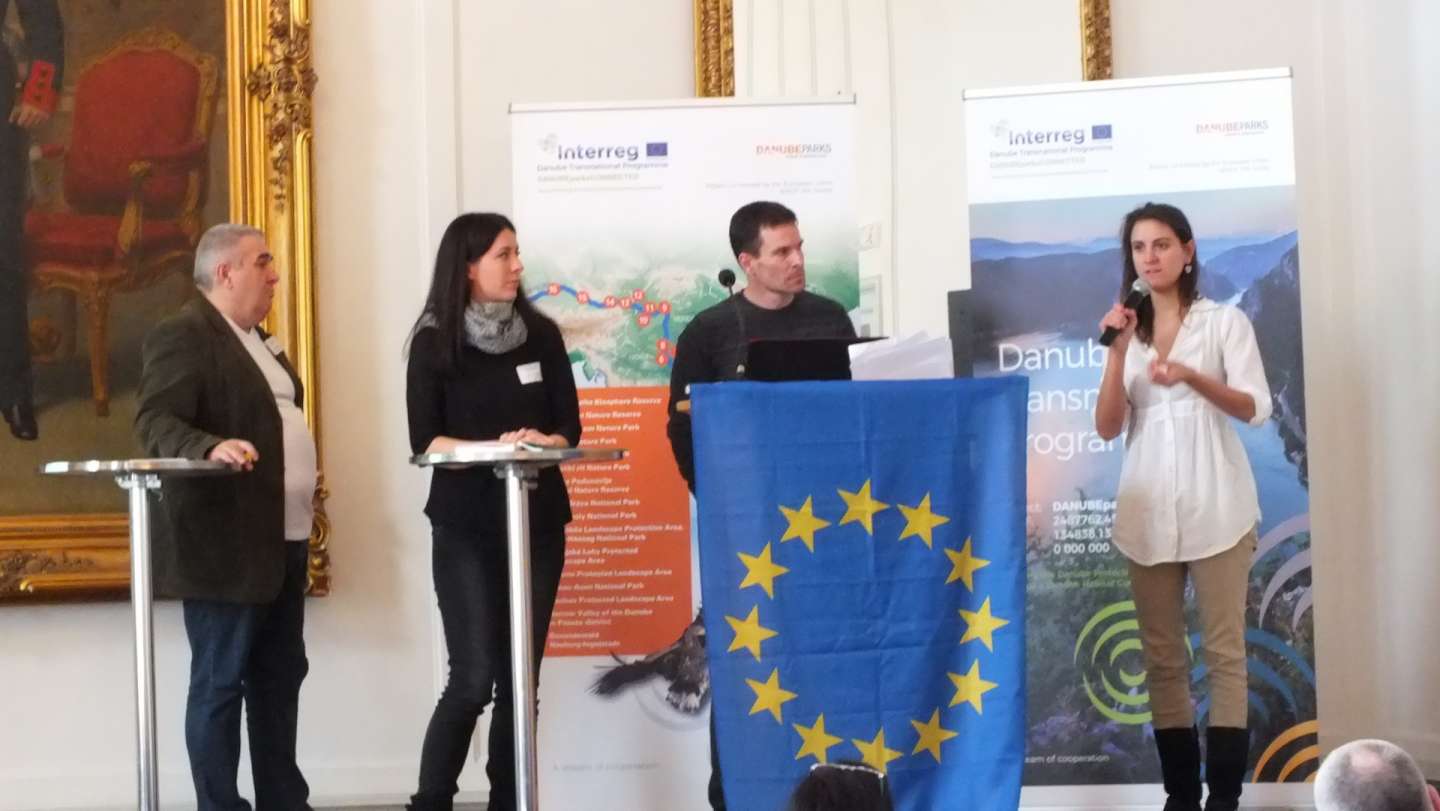 Our (Life) Energy in Ingolstadt - Germany

Danube Parks Connected. The Ambition of a project with this name is to connect the partner organisations via actions, implemented in countries along the Danube river. One of the important work packages is the issue of protecting birds from collisions named Danube Free Sky. This package is a reason why we were invited to the Kic-off Conference of the above mentioned project in Ingolstadt, Germany, on 21st and 22nd February 2017.

On 21st February a drone was intruduced that is a tool for installation of the bird flight diverters on power lines to protect the birds from collisions. The drone was presented also in the local Newspaper.

Under a thematic Workshop on Wednesday 22nd February we introduced the most important results of LIFE Energy, that can be used in other countries involved in the project.

Then we moderated one of the three discussions held as World Café. The principle was in three working tables, with a different topic discussed by each – experience with marking of power lines, aspects of cooperation with electric companies and suggested steps to implement the Danube Free Sky work package.

Our participation was very useful, because the Danube Parks Connected has just started and the results of LIFE Energy will be important during its implementation. Our comprehensive and systematic approach to collision of birds as well as our data gathered during following a strict methodologies, are not common in other countries in a level we might been expecting. The LIFE Energy project thus can have much bigger importance than supposed during its preparation. We are glad to have the opportunity to participate at the conference, find new contacts and information, share results and start cooperation to what we are looking forward. We would like to thank to the organizers, especially to Georg Frank from the Donau-Auen National Park for invitation and a big opportunity we get.

Email This email address is being protected from spambots. You need JavaScript enabled to view it.
More in this category:
« Two hundred Nature Enthusiasts interested in rare White-tailed Eagle 550 trees and 8 000 insulators will protect birds in Slovakia »
back to top