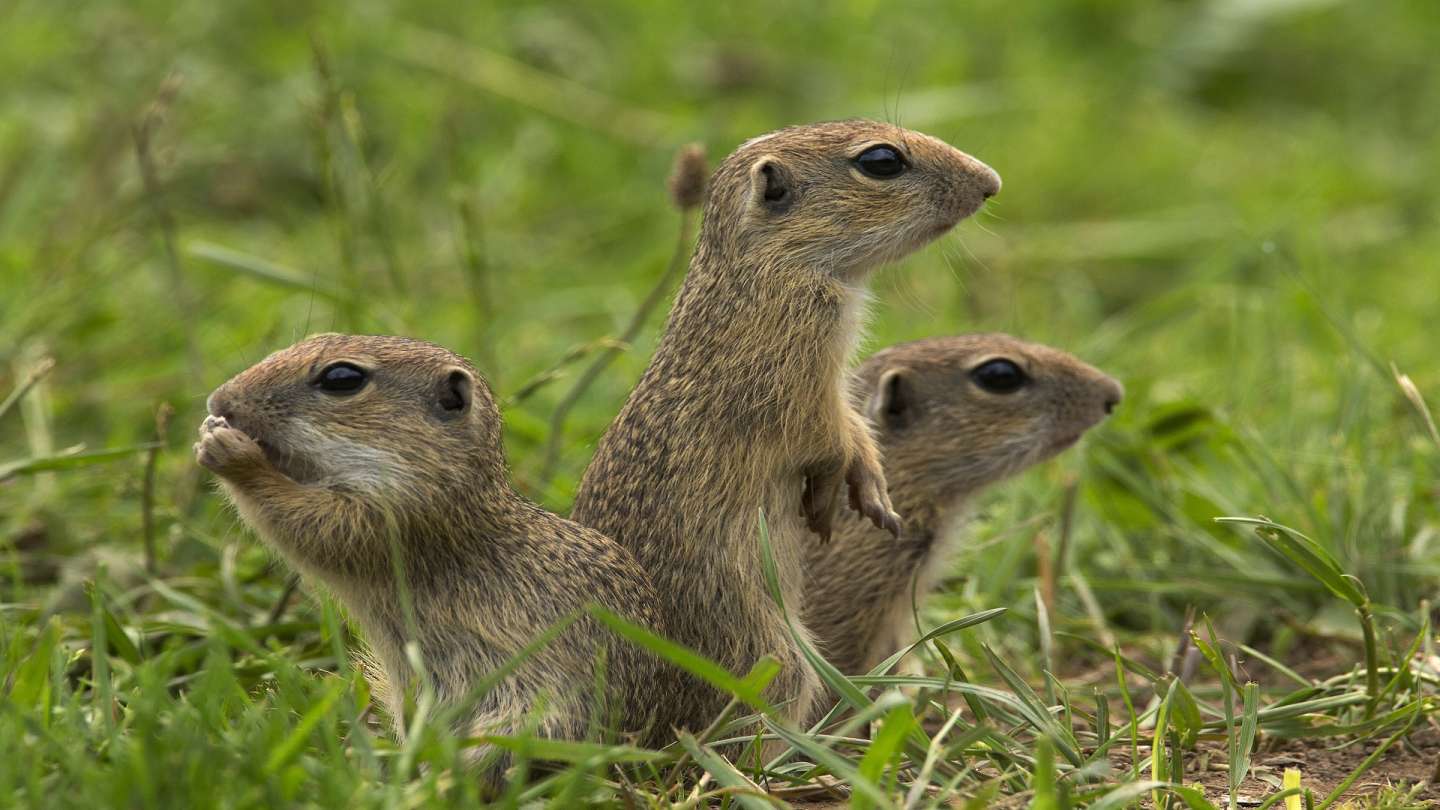 Press Release, Bratislava
After a long winter, the European Ground Squirrel woke up from winter sleep. In Slovakia the former common species is currently among the threatened, and nature conservationists are therefore also active in the LIFE Energia project for the rescue. Over the last two years, the populations of Suslik have been restored at two locations in the Slovak region.

Two sites in SPA Slovenský kras are being restored by proper management practices in order to save the local Suslik population from extinction and improve conditions to make both populations stable. In one of these two sites the Suslik population was almost extinct and the measures started just in time. The Suslik used to be a common species a long time ago but became rare after grazing and pastures began to disappear from the country. At one site, Gemerská Hôrka, the population was on the brink of extinction when the project started (16 individuals in 2015) and it would likely disappear in the next 2 – 3 years without any action. At the other site, Hrhov, the population size was only 75 individuals in the beginning of 2015 and was also diffused into several isolated parts when the project started. Both sites were adjusted to enable the implementation of proper measures, especially regular mowing. Altogether 70 individuals were observed in autumn of 2016 before the hibernation at Gemerská Hôrka and 250 in Hrhov.

The first spring rays have woken so far 80 Suslik in Gemerska Hôrka and 10 in Hrhov. This season we will continue to take the necessary measures to stabilize both populations. The Suslik is a very important prey for the Saker Falcon and the Imperial Eagle - both of which are endangered - and also for the Lesser-Spotted Eagle.

Email This email address is being protected from spambots. You need JavaScript enabled to view it.
More in this category:
« Watching birds is good for your mental health The Mayor of Šahy took part in the opening of the exhibition »
back to top