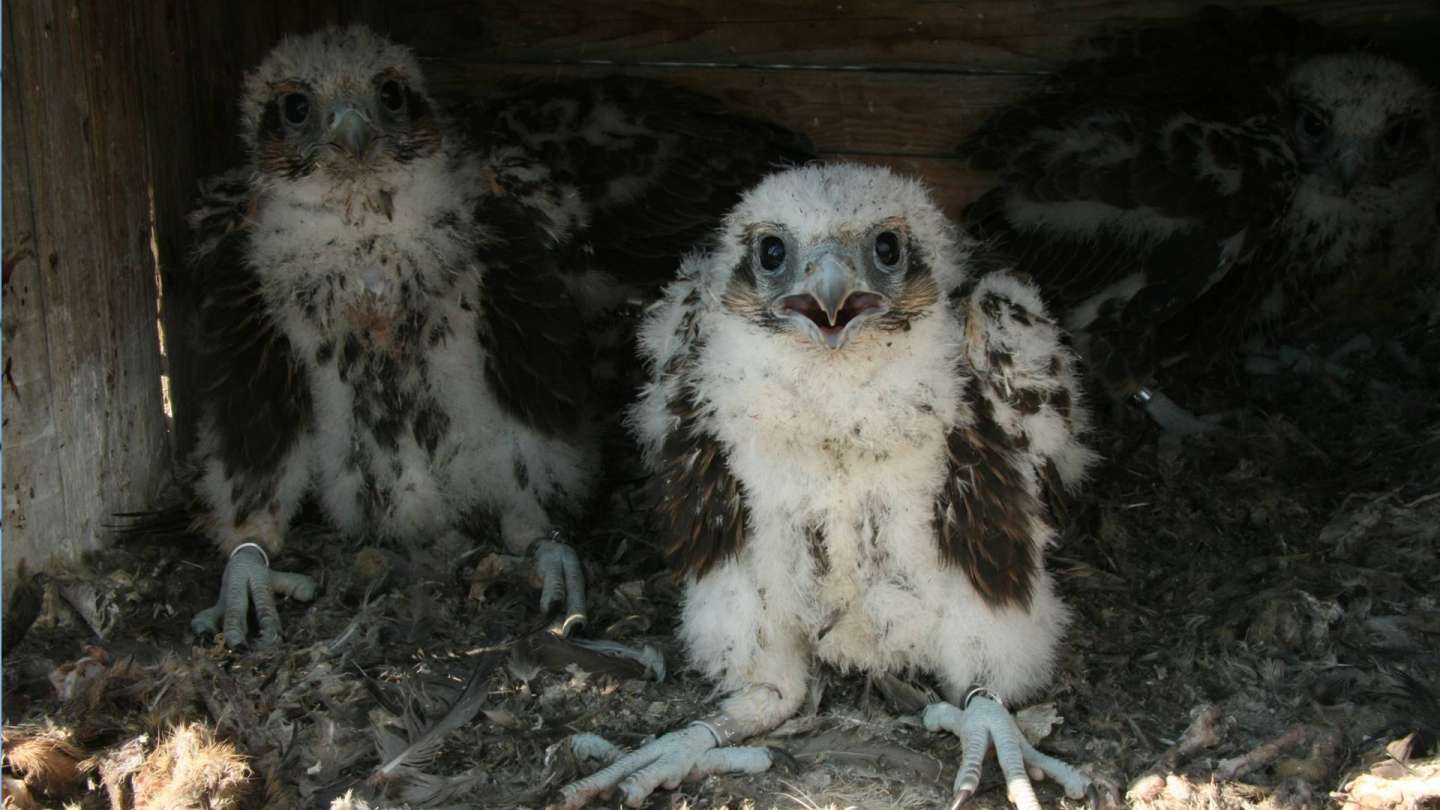 The territory of Slovakia is interlaced by an increasingly dense network of electric power lines in a total length of about 35 thousand kilometers. For birds, the wires in their flight trajectory are dangerous obstructions. Therefore, ornithologists, in cooperation with energy companies, carry out a number of activities, that help to create favourable conditions for their safe flight, nesting and searching for food.People's help has become a premise for survival of some endangered species, such as saker falcon for example, in the wild.

The highest electric power lines transmit extra high voltage of 400 kV, and are managed by the company Slovenská elektrizačná prenosová sústava, a. s. (SEPS). Last week, specialists from the „Raptors Protection of Slovakia“ completed an assessment of the new planned 400 kV power line, which will lead from Veľký Meder over the river Danube to Hungary. We have identified where to locate the bird diverters, The Danube River is clearly among the priorities as an extremely important migration corridor. One of the bird diverters that are used to increase visibility of power lines is so called „spherical day marker“. Initially, it was developed to highlight power lines or ropes for airplanes and helicopters. Recently, these diverters have begun to be used also for birds protection in multiple locations. One of them is also the projected 2x400 kV power line section Križovany – Bystričany, where SEPS will place the mentioned diverters in the area of two kilometers, which was evaluated as the most risky part in terms of birds collisions.

View the embedded image gallery online at:
https://www.lifeenergia.sk/en/news/item/816-they-would-not-survive-without-help-people-protect-birds-from-collisions-with-power-lines.html#sigProIdb5e6b12c8e
Tweet
More in this category:
« How to simulate what birds may see: simulated bird vision The birds of prey census results are known »
back to top