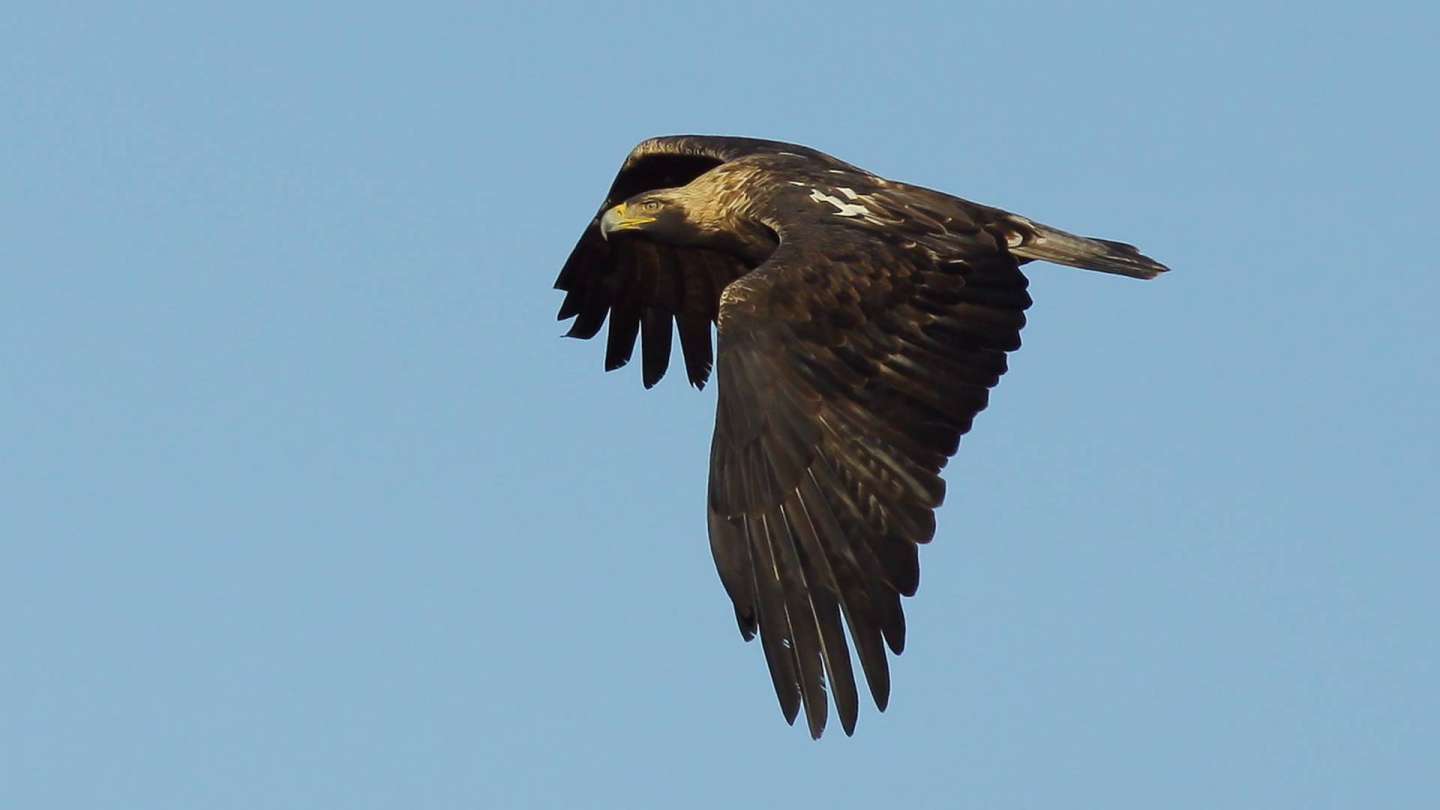 In January, ornithologists controlled the places of occurrence of rare raptor species. The number of Red Kite, White-tailed Eagle, Imperial Eagle and Saker Falcon is known already, the data obtained will be used for protection of these endangered species. Monitored areas and habitats of verified presence of mentioned species are illustrated in the map here.

As usual, the census of critically endangered Red Kite was accomplished as first at the beginning of January. Only 10 – 15 pairs of Red Kite occur in the territory of Slovakia, they nest in western and eastern part of the country. In winter, the number of birds increases. The number of 56 Red Kites was observed during the bird census at Záhorie by 10 people in the field.

In the 12th year of the census up to 58 birdwatchers were involved. In addition to Slovakia, monitoring was also carried out in Hungary, the Czech Republic, Serbia and Austria. We noticed 27 individuals of Saker Falcon, 65 those of Imperial Eagle and 79 White-tailed Eagle.
The data obtained are necessary for the protection of prey predators and the environment in which they live. Trees where endangered species are nesting need to be protected; therefore we are also involved in legislative processes. Birds of prey show us which sites might be selected for nesting.
The serious threatening barrier of electric power lines in the country is being eliminated within the LIFE Energy Project. Special technical elements - flight diverters - are installed to avoid the collisions of birds in cooperation with partner energy companies.

View the embedded image gallery online at:
https://www.lifeenergia.sk/en/news/item/834-the-birds-of-prey-census-results-are-known.html#sigProIdd53d1a8a50
Tweet
More in this category:
« They would not survive without help – people protect birds from collisions with power lines The control of power lines continues »
back to top