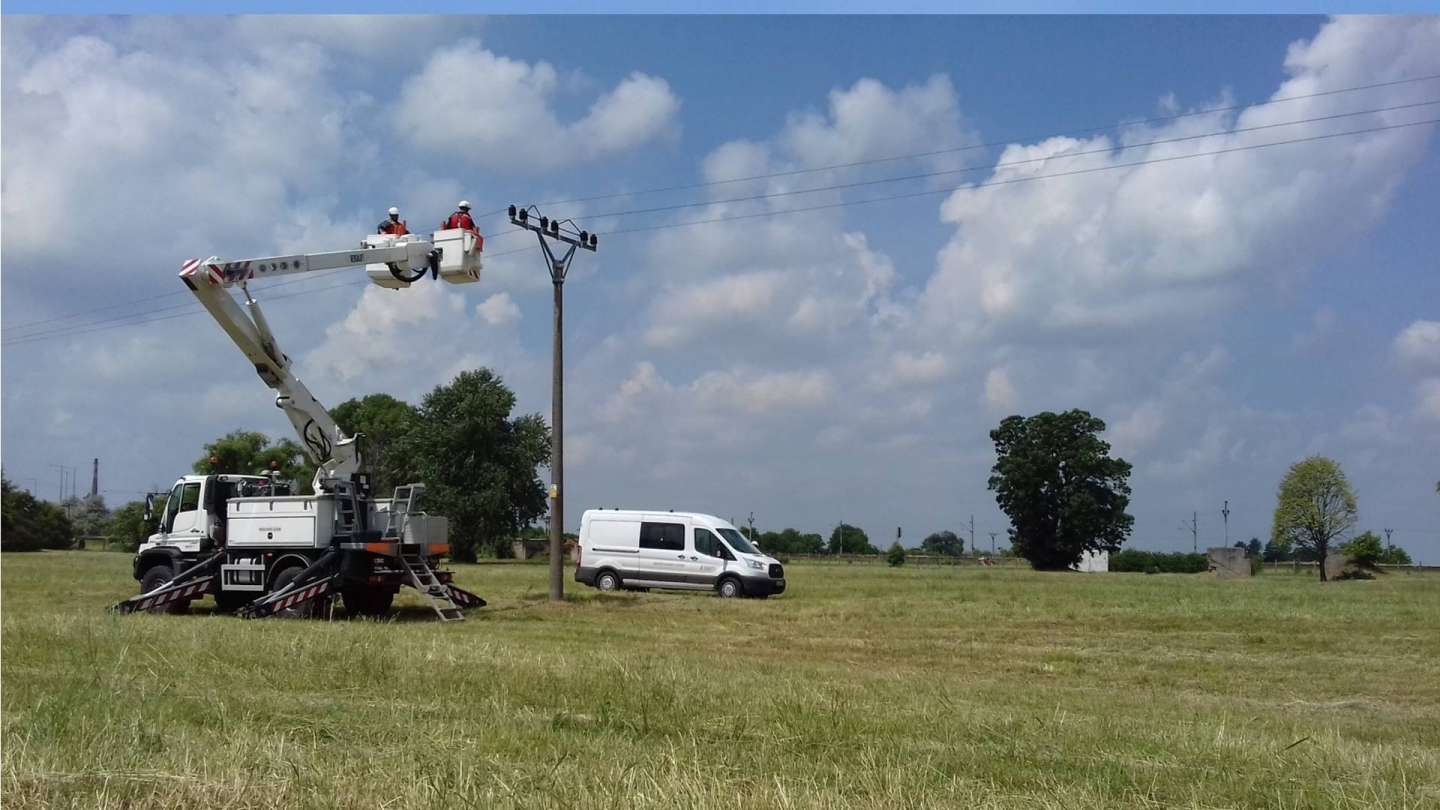 The instalation of insulators on electric power lines in Šurany

Consoles of power pylons represent a very attractive place for birds in the open country. If the neighborhood is not nearby vegetation, such an elevated seating place provides predators in particular a suitable point for observing prey and if necessary defense of the territory. In many cases, electric pylons and consoles are a risk to abutting species. Západoslovenská distribučná installed during International Day for Biological Diversity insulators on electric power lines.

"The network of electric power lines in Slovakia has a length of 35 thousand kilometers. It's about the distance from Bratislava to the south pole and back. For birds, this network represents two types of hazards  The first is so called electrocution - the abutment of the bird on the console is mostly followed by death. If such a danger is committed, we contact energy companies to treat columns by using the appropriate type insulators. In 2017 died on the console of electric power in Šurany an stork, so we contacted the Západoslovenská distribučná, a.s., which installed insulators in these days, "explains Marek Gális from Raptor Protection of Slovakia.

"We are implementing the LIFE Energy project in the area, which deals with the second type of danger for birds - collisions with electric power lines. We specified the segments, which represent risk for birds. Západoslovenská distribučná, a.s. installed on particular power lines so-called flight diverters - FireFly, RIBE and spirals, whose task is to increase the visibility of the line and divert the flight of the birds so that they can safely avoid the obstacle, "adds Gális.

"One of the activities we carry out in cooperation with Raptor Protection of Slovakia is the insulation of dangerous power lines. So far we have done in western Slovakia insulation on more than 500 km of lines (nearly 7000 columns). We also have been long-term partner in the LIFE projects. At risk lines, we have installed nearly 3,000 flight diverters. For ecologisation of power lines we have spent a total of almost one million euros," says Michaela Dobošová from Západoslovenská distribučná, a.s.

View the embedded image gallery online at:
https://www.lifeenergia.sk/en/news/item/871-the-instalation-of-insulators-on-electric-power-lines-in-surany.html#sigProIdec2927d358
Tweet
More in this category:
« Susliks in Slovenský kras survive winter The largest Slovak-Czech NGO festival - lectures and excursions in Nitra and its surroundings »
back to top