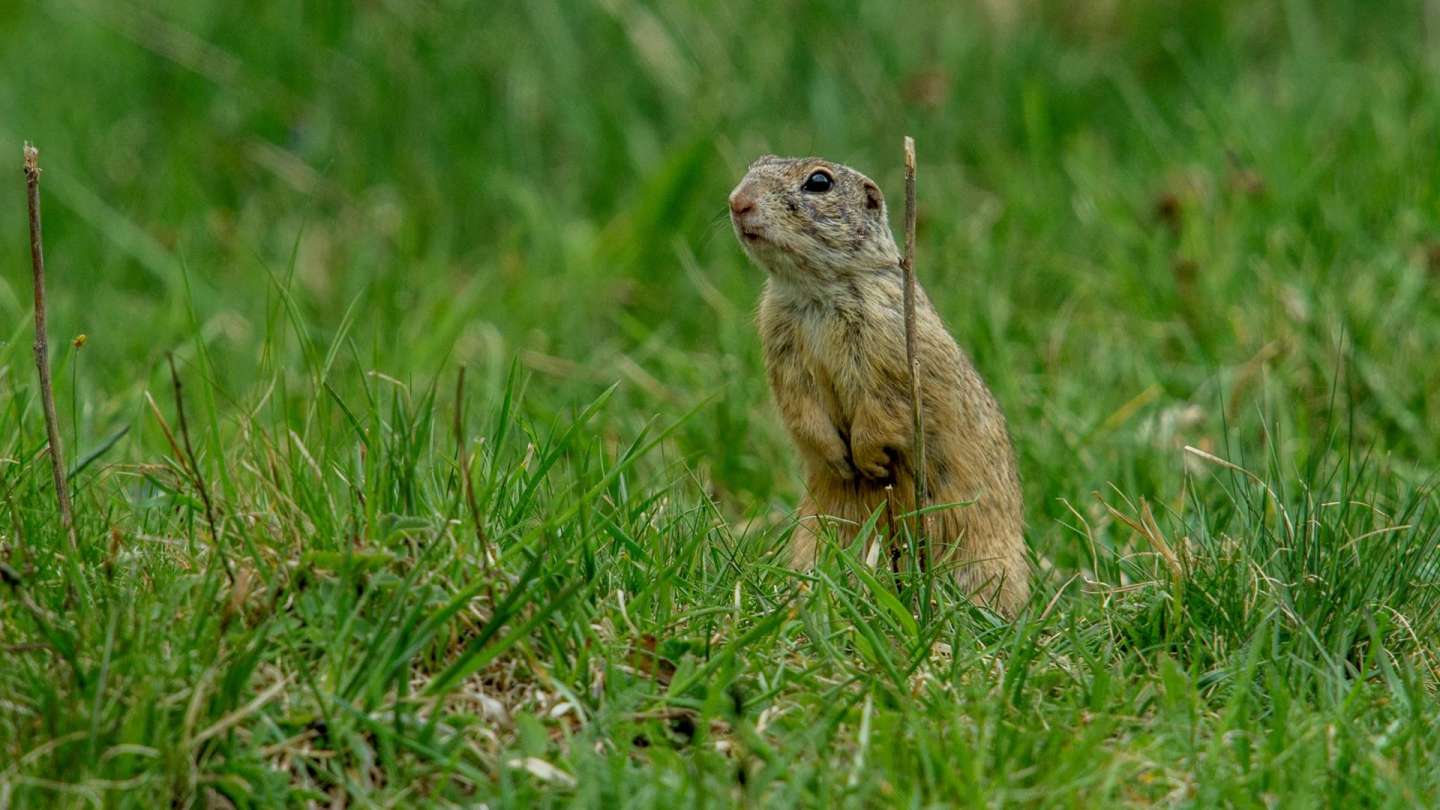 European sousliks, ground squirrels, are doing well at two revival localities, Gemerská Hôrka and Hrhov in Slovenský kras. 330 of them survived the winter, which is a significant number when taking into consideration the high death rate during hibernation.

“Despite the long winter, we have the best spring conditions after a number of years, including in other localities in Slovakia. Supplemental feeding before hibernation and warm spring weather also helped,” said Ervín Hapl from Raptor Protection Slovakia.

About 400 sousliks went into hibernation in Gemerská Hôrka and Hrhov. First, females that had young during the summer hibernate. Males join later and young ones are the last to sleep. Sousliks hibernate from 150 to 210 days. During this time, half a population can die.

The ground squirrel population in Gemerská Hôrka and Hrhov was beginning to die out, but thanks to the LIFE Energia project the situation is now stable. Well-fed souslik females may have even 10 young. European sousliks live 15 months on average, up to a maximum of 5 years.

Sousliks used to be a significant part of raptor food, such as for the Saker Falcon, the Eastern Imperial Eagle and the Lesser Spotted Eagle, which are the focus of the project LIFE Energia.
Sousliks are a social species; when one notices danger, it warns others by whistling. They live in locations that are regularly cut or grazed.

Email This email address is being protected from spambots. You need JavaScript enabled to view it.
More in this category:
« In Košice you will see the Lesser Spotted Eagle - VIDEO The instalation of insulators on electric power lines in Šurany »
back to top