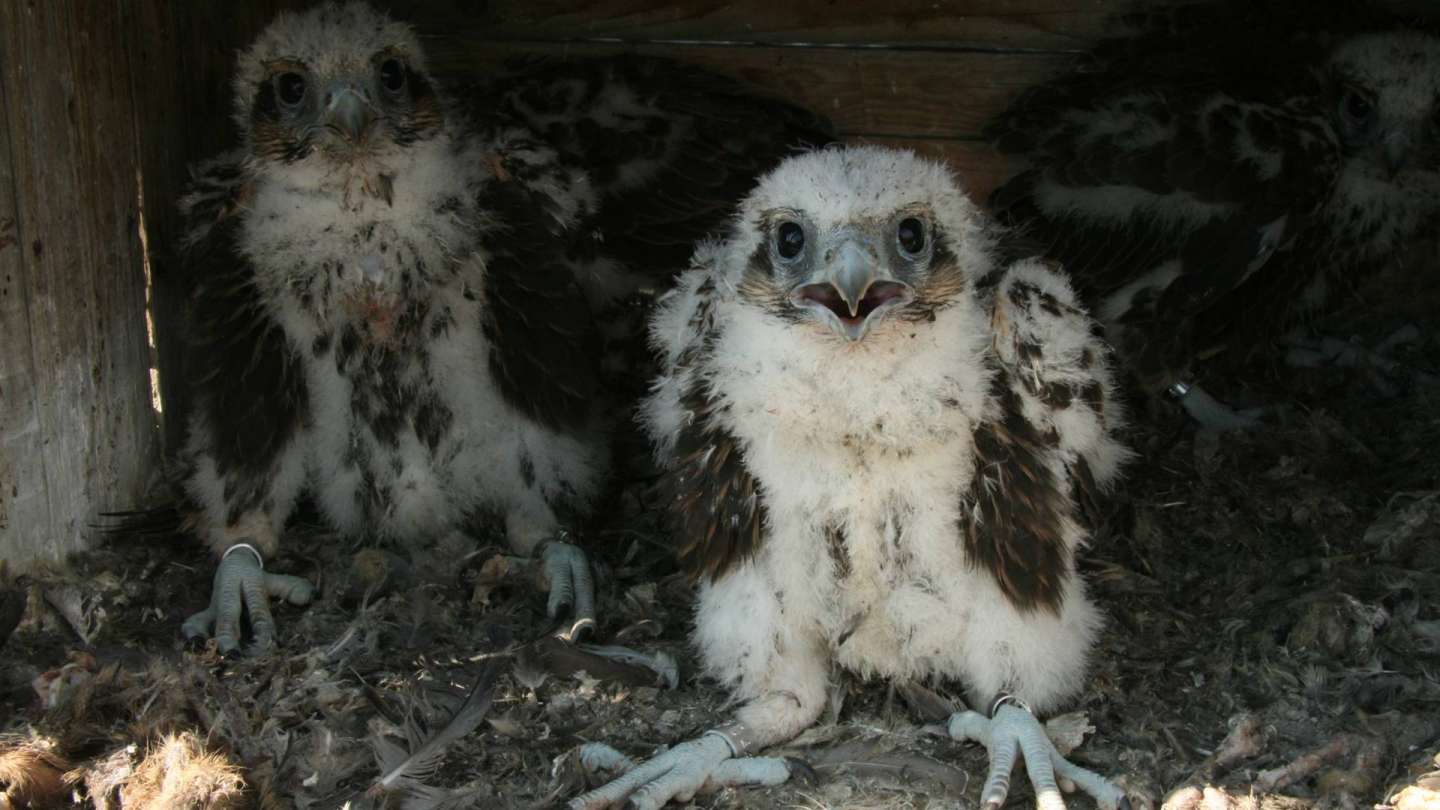 Because of the people he almost disappeared, now survives with their help

The Saker Falcon, in European Red List an endangered species, has almost disappeared in Slovakia. Thanks to the tough and demanding work of members of the Raptor Protection of Slovakia, we managed to keep and gradually increase their number from several couples to the current state - 31 pairs. The population of the largest Falcon from five Falcon species living in Slovakia remains fragile and needs help from experts. Like other predators, the Saker Falcon has an irreplaceable role in nature.

“At the beginning of the 1990s the West Slovak population was still nesting in the woods of the Carpathians – Malé Karpaty. One of the reasons why it was in critical condition was robbing of the nests. From 1990 to 1995, with many students, we guarded the nest of the last five pairs 24 hours a day. The time-consuming action was successful - we saved the last couples that raised the young falcons and the population could naturally grow, "says Jozef Chavko from Raptor Protection of Slovakia, who has spent more than 40 years researching and protecting the Saker Falcon.

"As a result of massive deforestation, natural nesting habitats rapidly disappeared; intensive agriculture and the extinction of pastures have caused the decline of significant species - especially the European susliks and hamster – the prey of Saker Falcon. Within few years, the originally forest species moved to the lowland, near fields with plenty of common voles, and other field species. Where falcon has learned to fly for replacement food, we arrange nest boxes or nests. We also focus on enhancing the quality of the country in order to restore their natural food resources - for example, susliks. All energy companies have long been implementing measures to minimize the risk of electrocution and collisions with power lines. We work with the police to prevent and deal with cases of illegal activities, "says Chavko.

“Until 2011, the number of nesting pairs in Slovakia grew slowly. The only season with very unfavorable weather and extremely low numbers of fledglings, persecution (shot, poisoning) and other negative factors have caused, that the number of nesting pairs stagnate for 6 years. In 2018, low numbers of small rodents were also registered in nesting populations - there were recorded only 31 pairs nesting in the whole of Slovakia, whith 85 fledglings. That is why it is important that its protection remains at the center of our attention. Improving the conditions for the Saker Falcon in Slovakia is also supported by the European Commission through the LIFE Energy project, thanks to which the dangerous sections of the power lines are treated with flight diverters - the elements, which birds notice and overfly the lines in time. The LIFE PannonEagle international project is also involved in illegal activities. The result of our work is the knowledge of this beautiful predator and keeping the population at a level to prosper. We are pleased to say that, without previous enormous effort, the Saker Falcon in Slovakia will have already extinct,” explains Lucia Deutschová from Raptor Protection of Slovakia.

View the embedded image gallery online at:
https://www.lifeenergia.sk/en/news/item/929-because-of-the-people-he-almost-disappeared-now-survives-with-their-help.html#sigProId3b418f0bcc
Tweet
More in this category:
« Do you think the summer will never end? Birds have already begun the migration For the first time, they published the map of sections with flight diverters »
back to top