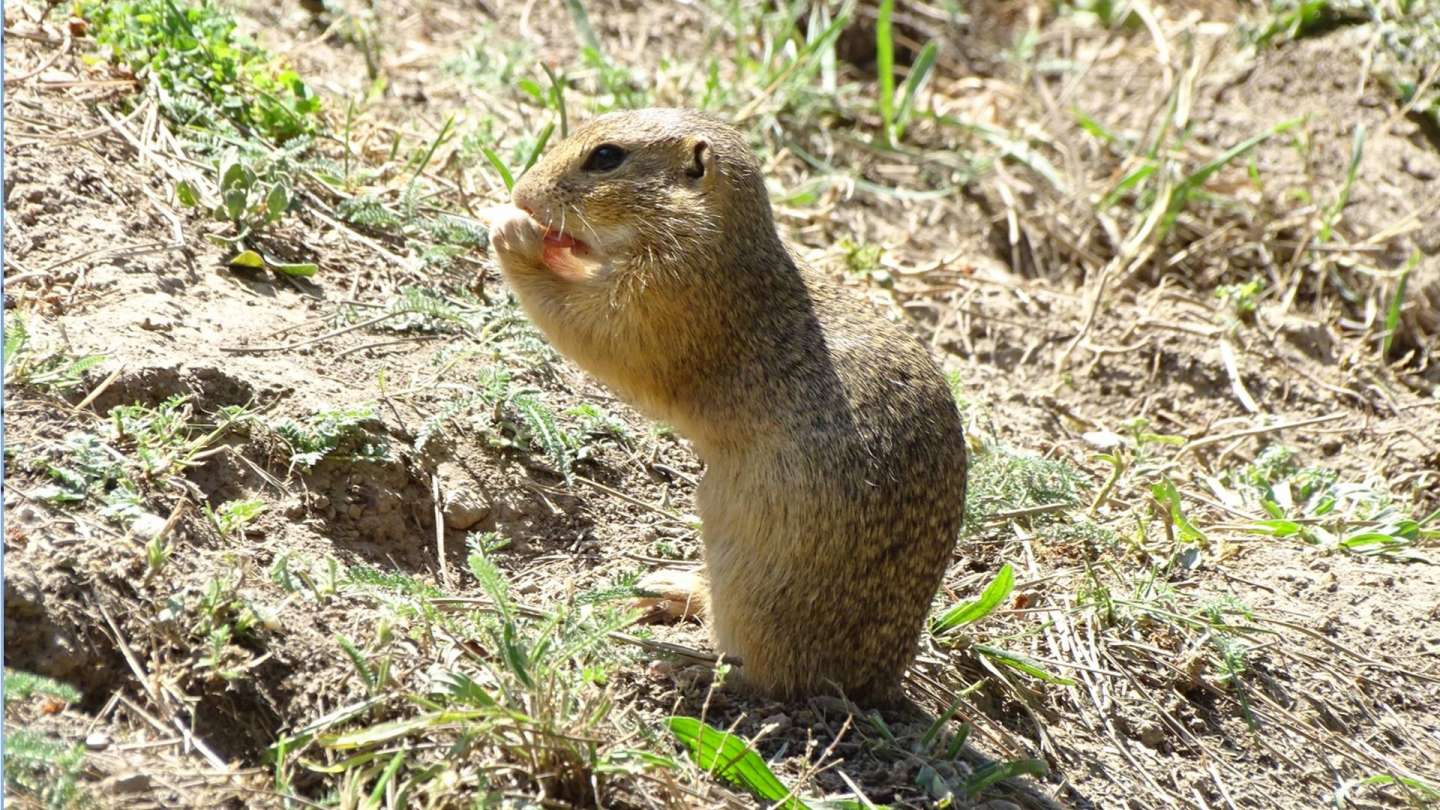 European ground squirells woke up, they help them with apples and sunflower

Last year was in Slovakia also a year of European ground squirells - this wonderful rodent was doing very well thanks to good weather and people's help. Due to the warm autumn days they went to sleep at the end of the October. They wake up when the earth begins to warm up. In our conditions, it also freezes to a depth of 80 cm, the ground squirrels are deeper. It is crucial for them to hibernate before they get well fed before they find enough food to wake up when they are exhausted.

"I watched the first awakened squirrel this year on 26th February at the Biele Vody (Muráň) and on 7th March in Tisovec. Squirrels are gradually waking up in other locations. Once a common animal, later very rare, it slowly returns to Slovak nature. Requires an area that is regularly grazing or mowed. The loss of pasture is the reason why the sousliks completely disappeared from many places. In the LIFE Energy project, at two locations in the Slovak Karst (Hrhov and Gemerská Hôrka), we came at the last minute - without human assistance, sousliks would not survive. In Gemerská Hôrka were only 16 individuals and in  Hrhov 75 individuals (2015). We manage areas where it can be expanded - in addition to regular mowing, we have also removed trees and shrubs. We also fed them with sunflowers and apples, such a measure helps to survive a higher number of animals during winter, while also supporting a larger number of youngsters in females, "says Ervín Hapl from the Raptor Protection of Slovakia.

View the embedded image gallery online at:
https://www.lifeenergia.sk/en/news/item/961-european-ground-squirells-woke-up-they-help-them-with-apples-and-sunflower.html#sigProIdf10cf7dbd7
Tweet
More in this category:
« Ornithological attractions in 2018 Public Energy for Birds! »
back to top