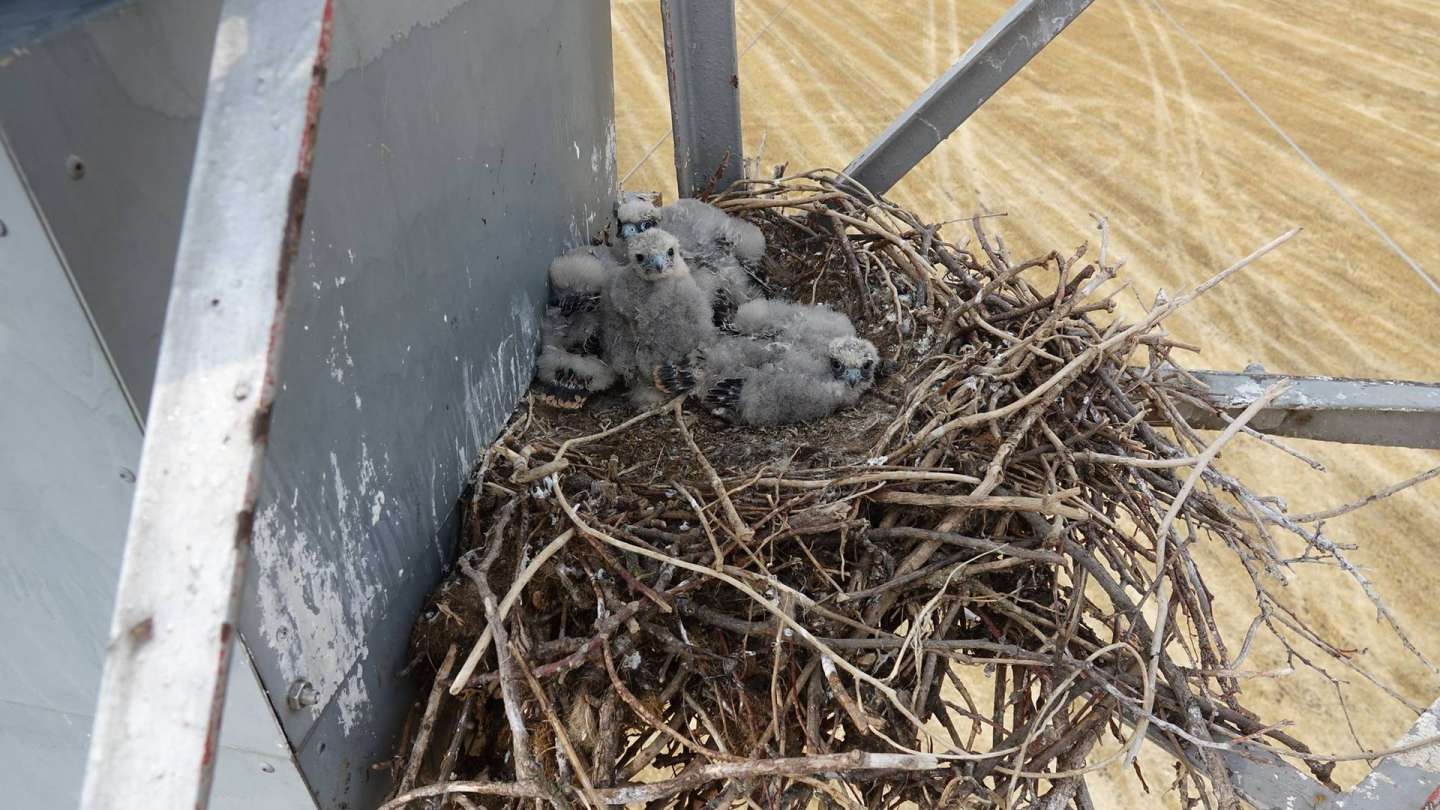 Energetics postponed the work on the wiring, where the Eurasian Hobby nests

The area of Slovakia has network of electric lines with the total length approximately 35 thousand kilometers. A part of the electricity distribution system is also a transmission system consisting of metal pylons as supporting elements of overhead power lines. Pylons have long been used by birds as safe and suitable nesting sites. In this way a pair of Eurasian Hobby decided to nest. Energetics stopped the work in place, where these falcons nest, to allow them uninterrupted raising four chicks.

“The falcon's nest is located on a 220 kV power line. This type of lines is gradually being replaced by 400 kV, so it should be the case again. Due to the occurrence of the protected animal we have adapted the work to its biological requirements, of which we have been informed. We will only continue after the ornithologists confirm that all four chicks have left the nest, ”informs Norbert Deák from the Slovenská elektrizačná prenosová sústava, a.s.

“We greatly appreciate SEPS's exemplary approach and adapting the work to nature conservation concerns. For example, since 2015, 55 nests opportunities have only been added to the LIFE Energy project, and they are already occupied - some of them by Saker Falcon,” says Jozef Chavko from Raptor Protection of Slovakia.

Email This email address is being protected from spambots. You need JavaScript enabled to view it.
More in this category:
« Nine Out Of Ten Questioned Slovaks Are Aware About the Power Lines Risks To Birds Bird migration has begun »
back to top