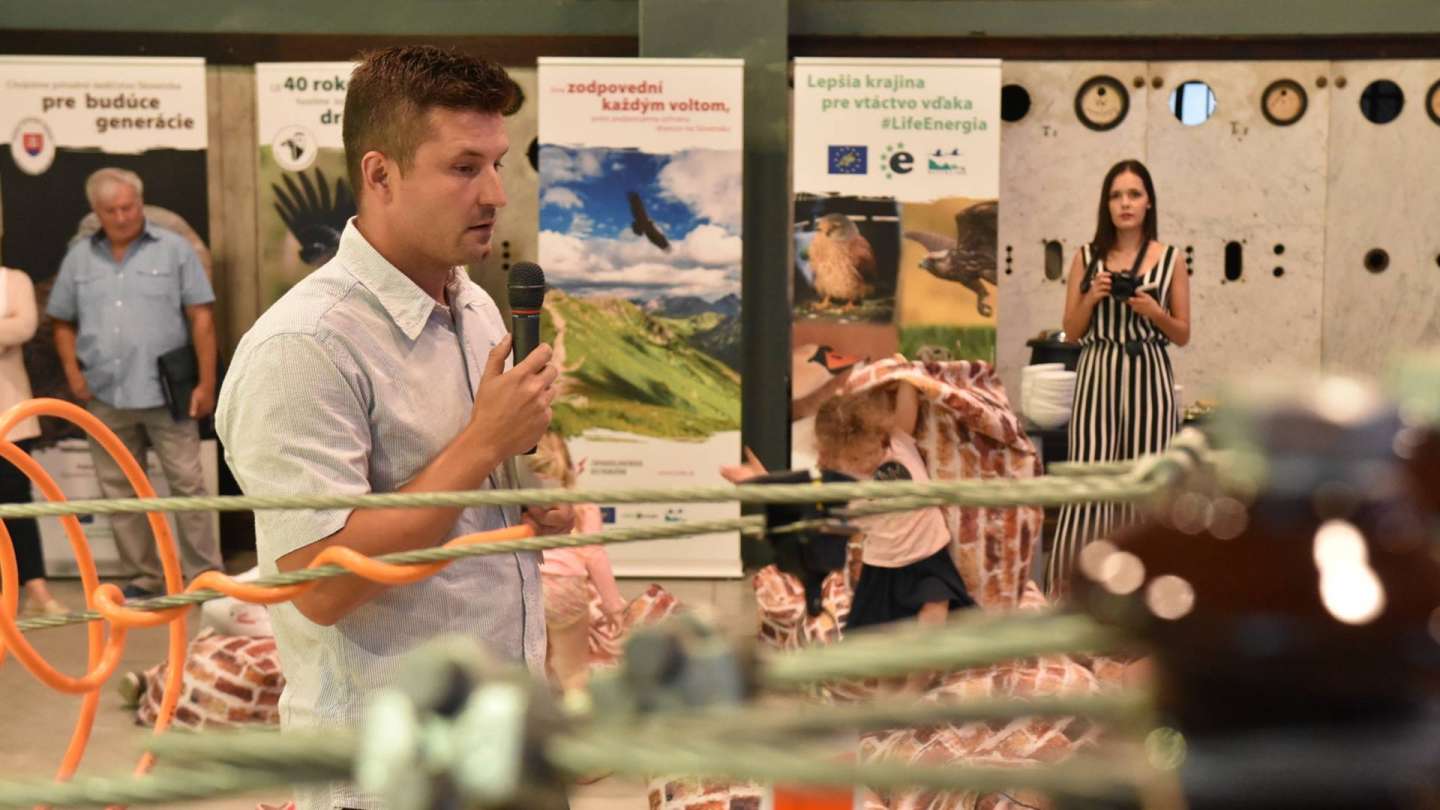 The installation of flight diverters continued in the Western Slovakia (region of Záhorie). Ind Eastern Slovakia is instalation planned in August.

In July the exhibition “I´m sitting on a line and I´m fine” took place in the largest room of Power Station in Piešťany, while in the side room there was an exhibition about the history of ornithology titled "Love in the Wings", curated by ornitologist Erich Kubic from Piešťany. Part of the exhibition in Piešťany was also an educational project for the public, called the Summer Bird Academy.