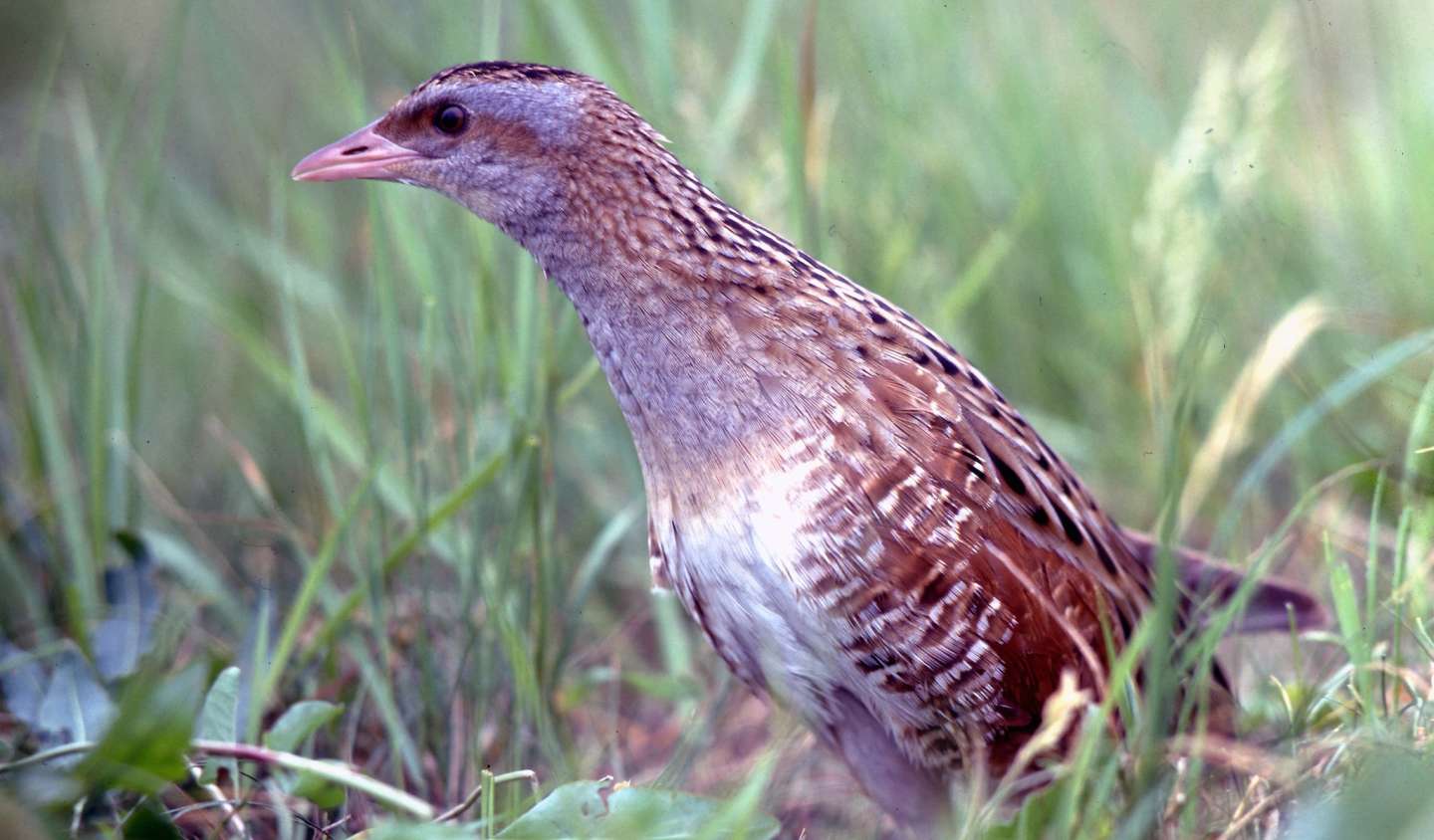 The species has consequently been reclassified as the Least Concern because global population declines approaching 30 % (predicted in 2004) have not taken place, and there is little evidence to suggest that they will do so in the next 11 years (three generations). The reclassification has taken place on the basis of improved knowledge of the species’ global extinction risk, as opposed to a genuine recovery to favourable conservation status across its range. The species remains a high conservation priority in significant parts of its range (at both national and regional levels), and continued conservation interventions, research and monitoring are essential (BirdLife 2013). This migratory bird is avoiding large wetlands and prefers wet meadows and grasslands. The population in Slovakia is relatively stable (1400 – 1700 breeding pairs).

View the embedded image gallery online at:
https://www.lifeenergia.sk/en/project/species/item/464-crex-crex.html#sigProIdcfa2894a92
More in this category:
« Great Bittern Roller »
back to top