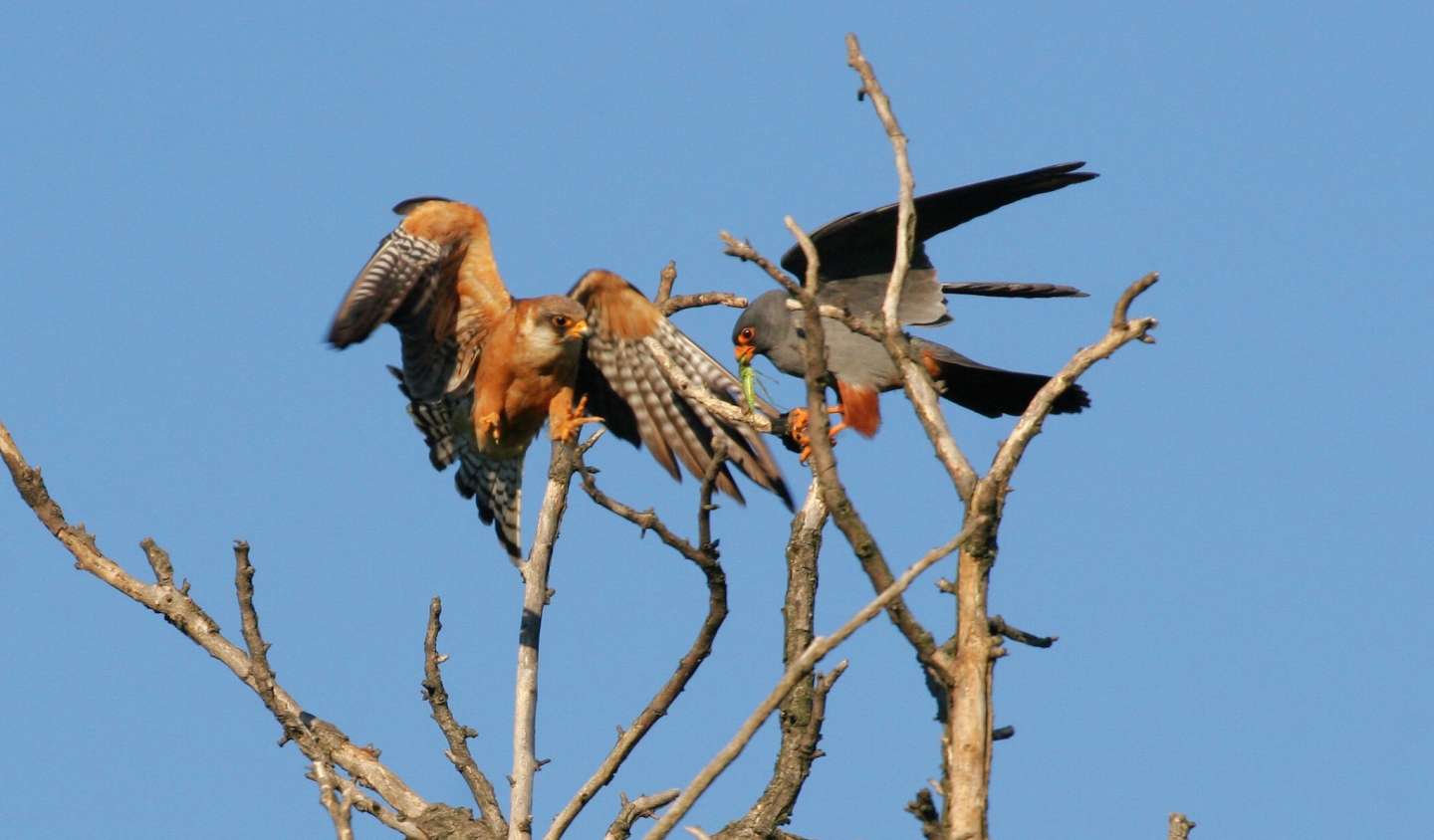 Regular monitoring has been carried out in Slovakia since 1990 by the members of RPS and volunteers. The human activities brought the population of F. vespertinus in Slovakia to the brink of extinction. In 2012 a nesting of only 2 pairs were recorded. 1 breeding attempt was successful (Chavko 2013). Regular nesting in the past was recorded only in the lowlands of the Western and Eastern part of the country and neighbouring uplands. The total size of nesting population between 1995 and 2000 was estimated to be 50 – 70 pairs in Western Slovakia and 10 – 20 pairs in Eastern Slovakia. A rapid decline was recorded after this period and the nesting of the species has a fluctuational character. The species was dependant on the Corvids´ nests, especially on rook colonies. Many of the colonies were destroyed or abandoned and rooks moved from fields closer to villages. The typical nesting habitat of F. vespertinus in Slovakia is open agricultural land. Without implementation of a proper conservation measures the species will probably extinct in the next few years.

View the embedded image gallery online at:
https://www.lifeenergia.sk/en/project/species/item/459-falco-vespertinus.html#sigProId36edb70d68
More in this category:
« Saker Falcon Pygmy Cormorant »
back to top